Earlier today Intel launched its Core G-series processors and we’ve already had a look over the first NUC systems which come packing these desirable SoCs. Now HP has launched what it claims to be the “the world’s most powerful convertible PC”, the HP Spectre x360 15 with Intel Core i7 8705G processor. HP’s promotion of the new Spectre x360 15 avoids gaming entirely and focuses upon the potential on offer for those involved in creating, editing and streaming 4k and 3D content.

From the product page pull-down you can select a further model, the 13-inch HP Spectre x360, which relies solely on integrated UHD 620 graphics. This most portable version can run for up to 16 hours and 45 minutes without a recharge. 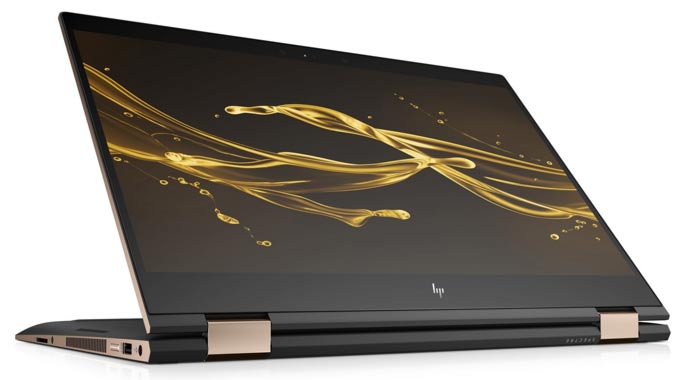 Other key qualities of the new HP Spectre x360 15 machines are; 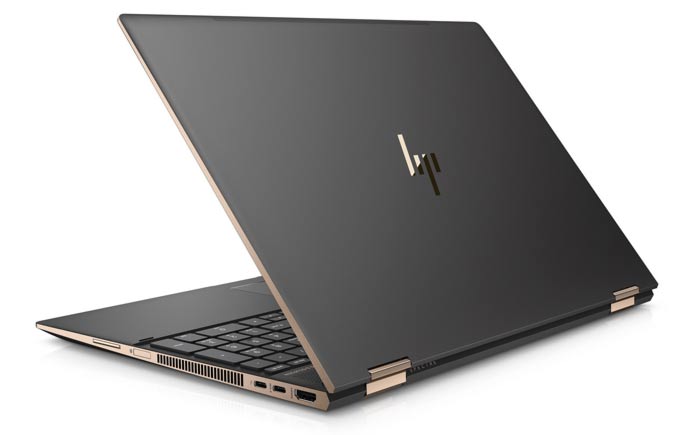 HP says that the new Spectre x360 15 machines will become available from mid-March, priced from $1,370.

At CES 2018 HP has also taken the wraps off its Omen X 65 Big Format Gaming Display with Nvidia G-Sync, as mentioned earlier in the Nvidia BFGD news article. You can read about this and the new HP Envy x2, the HP Z 3D camera, the HP Pavilion Wave PCs with Amazon Alexa for Windows 10, and the Omen Game Stream device in HP’s official CES 2018 overview post.