In a surprise announcement yesterday evening, it was revealed that Jim Keller had resigned from Intel with immediate effect (11th June). Intel's official news release gave a brief two paragraphs to this news, slotting it into a bulletin headlined Changes in Intel’s Technology, Systems Architecture and Client Group.

Taking a quick look back at Keller's recent work history, before landing at Intel he had a stint at Tesla, AMD, Apple, AMD, and PA Consulting. At AMD he is known to have been instrumental in the Zen and K8 architecture designs. It seems that he typically sticks around for three years and admits he works mainly as a problem solver than a visionary. 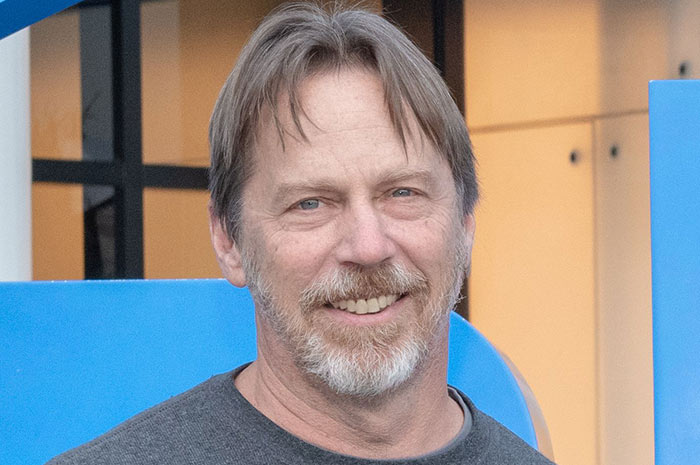 Zooming back to the present day, and we really are not sure of the exact reason for Keller's swift departure. The 'effective immediately' phrase and the relatively short time Keller was at Intel raises some concerns about his health or other personal circumstances. On the other hand, Intel has had time to thoughtfully reshuffle its Technology, Systems Architecture and Client Group, as you will see below.

Keller will remain in Intel's employ, as a consultant, for the next six months, Intel was pleased to announce. So it could simply be that he has finished some project(s) he was hired to take on, and the personal reasons to resign were to just  spend more time surfing.

At the time of writing Keller is still scheduled to present on Intel's behalf at the Hot Chips Symposium on Monday, 17th August (Day 1). This keynote presentation could definitely be newsworthy, if you go with the theory that Keller has basically quit Intel as it is 'Mission Complete'. 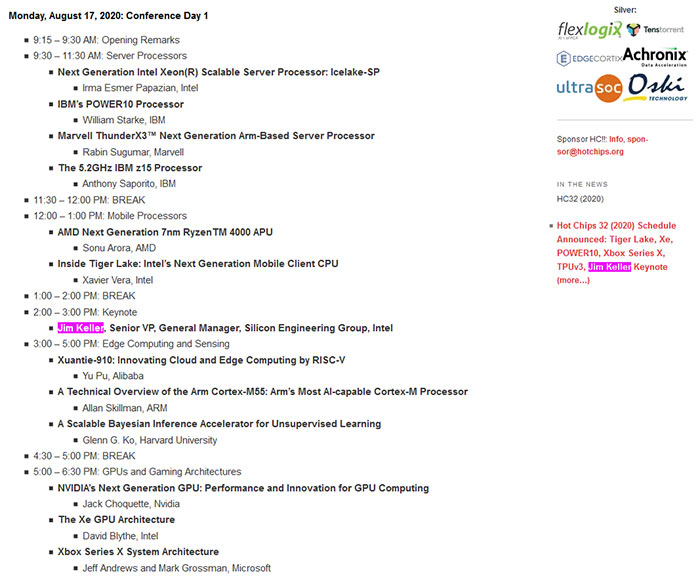 With Keller out of the picture, Intel's reshuffle will work as follows:

In an internal memo about Keller's decision, seen by Reuters, Intel Chief Engineering Officer, Murthy Renduchintala, said the company was "sad to see him go". Renduchintala added that "Many of us have witnessed first-hand Jim's technical strength in CPU design and passion for silicon engineering. I personally very much appreciated his efforts to help us advance Intel's product leadership."

Expect a 'Paradigm Shift' thanks to the resulting electronic components, says Samsung.

fynxer
Yes, I would also take it personal when they banished CPU bench marking and resign.

Currently releasing CPUs won't have anything to do with Keller's recent, and brief, time there. Whatever he had input on will show up in the next couple years, I imagine. (And when it does, benchmarking will suddenly be back on the agenda..)
Posted by Tabbykatze - Fri 12 Jun 2020 14:01
Would love to be a fly on the wall to that meeting as to why jim left…
Posted by Yoyoyo69 - Fri 12 Jun 2020 14:49

fynxer
Yes, I would also take it personal when they banished CPU bench marking and resign.

Currently releasing CPUs won't have anything to do with Keller's recent, and brief, time there. Whatever he had input on will show up in the next couple years, I imagine. (And when it does, benchmarking will suddenly be back on the agenda..)

No doubt.
Posted by meuvoy - Sat 13 Jun 2020 12:40
The weird thing is there's one single person in the world who actually knows ho to design an x86 microprocessor.
Other engineers merely know how to keep improving upon existing designs.