The consumer GPU market isn't pleasant for buyers right now, but while you make-do or hold-off on GPU purchases and upgrades, one must hope for light at the end of the tunnel. In addition to the predictions of manufacturing eventually getting up to speed, and ETH mining on GPUs coming to an end (by 2021 end), Intel becoming a third player in the gamer / enthusiast AIB market is one of the threads that hopeful GPU upgraders grasp at. Thanks to a new interview published by gadgets.ndtv.com, we have a bit more insight into Intel's Arc Alchemist goals and launch plans.

With regard to our headline, Chandler said that Intel will be looking at market opportunities in deciding Arc Alchemist configurations, including workstation graphics – but it isn't looking at the cryptocurrency mining market. Arc Alchemist is gamer-first and creator-first in its design and optimisations. But while there are no crypto enhancements, there won't be any locks, like (Nvidia) LHR technology, either.

Giving us a feel to how Intel will approach the market, Chandler told the interviewer that "we're not going to be shy, we're very aggressive, but it's going to take time… we're in it for the long haul". Aggressive market disruption may sound good to consumers, but we will have to wait and see the practicalities.

Remember that many of the problems with the GPU market come from factors that are out of close control for the likes of AMD and Nvidia. Thus, Intel can't pledge any overnight solving of the supply situation, but it has good practical plans in place. For example, reference designs are being made to smooth development for AIBs, according to Chandler. He also points out that Intel already has strong partnerships with Taiwan ODMs and worldwide OEMs. Chandler says that DG1 was a test of its partner network, to ensure "all of these pipelines, connections and relationships are really solid". 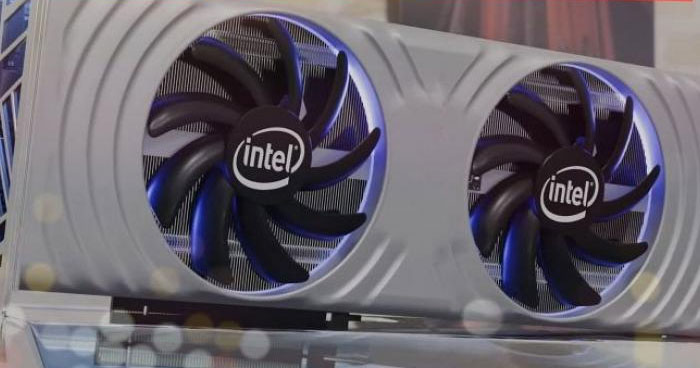 Another question surfaced talk of Intel 'Deep Link' technology for optimising platforms combining CPUs and GPUs from Intel. Think of this like AMD Advantage or SmartShift tech where the system can intelligently balance max power depending on the tasks at hand.

Intel graphics software was discussed too. Chandler says that Intel's open approach to XeSS is "driving excitement" with a "healthy collection" of games expected to jump on board from launch. Moreover, he expects the number of games supporting XeSS will "grow aggressively" over time. XeSS should be backwards compatible with DG1 and Xe LP GPUs.

Intel Game driver releases will be regular with "nimble and dynamic" updates for major titles, Chandler told the interviewer. For those that are interested in standardized extras, Intel's software roadmap includes features like game streaming and recording.

Raja Koduri provided some final thoughts to close the interview. He said that being at Intel right now is very exciting and energising, largely thanks to Pat Gelsinger being at the helm, helping engineers in striving for "product leadership and technology leadership" – as well as the "doubling down on manufacturing technology". With this foundation to launch new technology from, Koduri confidently signed-off with a very positive prediction, "The next five years will be so much more exciting than the last 10 years for the whole industry, in my opinion".

As long as there are no deliberate mining blocks, the mining software should get optimised for Intel.

Whereas sorting out drivers for older gamers is hard, why so would the go out of their way to limit crypto?

I'm expecting Intel to perform poorly at many games except the latest blockbusters (for which due no lack of sponsorship or console market, I'd expect them to be still have their game ready drivers after Nvidia and AMD).