It looks like Xbox games releases are starting to filter through with frame rate boosts courtesy or AMD FidelityFX Super Resolution (FSR) applied. In a news release published on the Xbox Wire on Tuesday, Microsoft said that a modern remaster of the classic adventure puzzling game Myst is coming to Xbox One, Xbox Series X/S, and with Xbox Game Pass on 26th August 2021. It will feature AMD FSR tech to deliver smooth 60fps gameplay at 4K on the Xbox Series X, and 1440p on the Series S. The game released on these consoles on 26th August, hits the Xbox Game Pass, and will be available for Windows 10 PCs, Mac, and VR platforms too.

Developed by Cyan Worlds Inc, the new Myst takes place on a "starkly beautiful island, eerily tinged with mystery and shrouded in intrigue". In the game, you will arrive on the island and endeavour to unravel the mystery facing you, and as you move through various stages and grown your knowledge will become aware of the importance of your role in an epic story with an ending yet to be written. 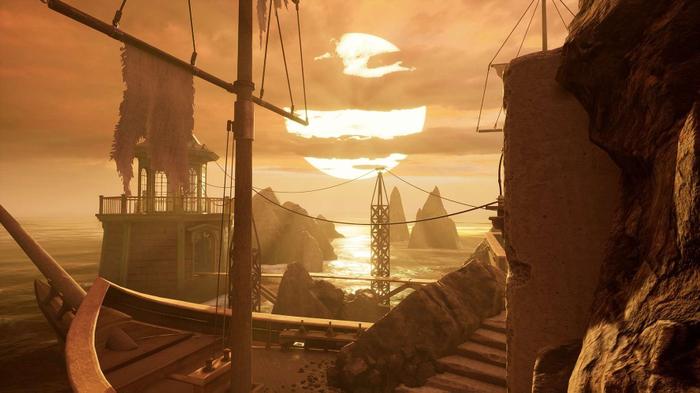 Cyan says that the new game has been rebuilt from the 1993 release, the ground up using the Unreal Engine with all new art, sound, interactions, and optional puzzle randomization. Part of the rebuilding process saw Cyan integrate AMD FSR. HEXUS has done some AMD FSR A/B gaming testing, and you can read more about the quality levels and what to expect here, however, Microsoft says that, in the new Myst, "FSR provides a nearly 75 per cent increase in performance on Xbox Series X/S on a 4K display, without sacrificing much visual fidelity at all." That sounds like a worthy trade-off to accept. 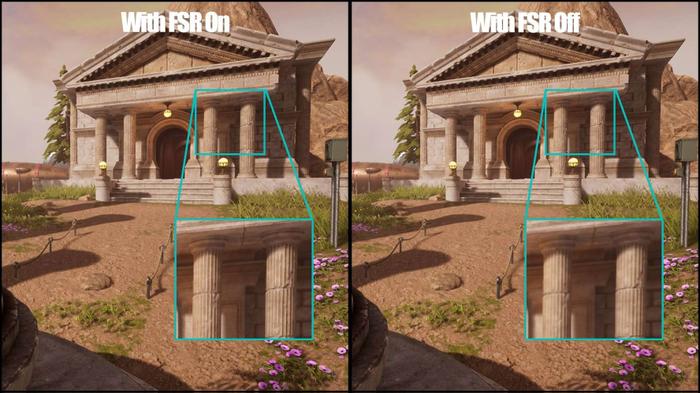 In addition to the above game graphics comparison (click to zoom), you can check out further full scale Myst screen grabs, to pixel peep in your own time, here.

kalniel
This is the Oculus Quest release from last year isn't it? I'm a little surprised modern systems would need FSR at all to be honest!

It'll run like a dream on an APU though!
Posted by cheesemp - Thu 19 Aug 2021 09:54
Maybe I'll finally complete it this time… I've started Myst at least 3 or 4 times before and never got very far. Its odd as I normally really enjoy games like this.