Intel has announced a new brand for its high-performance graphics products for consumers. The Intel Arc brand will embrace hardware, software and services addressing this market segment. We are told that the first gen Intel Arc hardware, based on the Xe-HPG architecture, will be code-named Alchemist (formerly known as DG2). Moreover, Alchemist will be followed up with future generations dubbed Battlemage, Celestial and Druid. 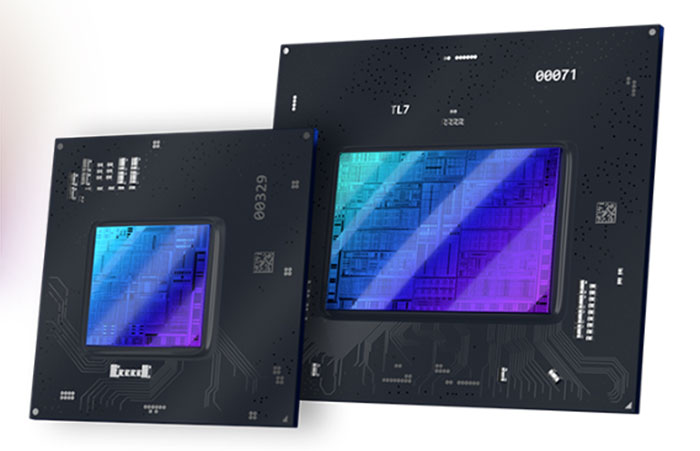 "The launch of the Intel Arc brand and the reveal of future hardware generations signifies Intel’s deep and continued commitment to gamers and creators everywhere," said Roger Chandler, Intel VP and GM of Client Graphics Products and Solutions. "We have teams doing incredible work to ensure we deliver first-class and frictionless experiences when these products are available early next year."

In the top linked Intel News Blog embedded video, you can hear Roger Chandler introduce Arc to you, alongside other key execs from his department. In some of the excited sound bites you will hear that the new Intel Arc products are going to enable "buttery smooth frame rates from thin and light notebooks, to high performance desktops… simultaneous no-compromise gaming, streaming and multitasking… exploiting exponential advances in AI hardware… addressing a market of three billion gamers."

In some other details about Alchemist you will want to know, or have confirmed, it will support hardware-based ray tracing and artificial intelligence-driven super sampling, as well as fully supporting Microsoft's DirectX 12 Ultimate. 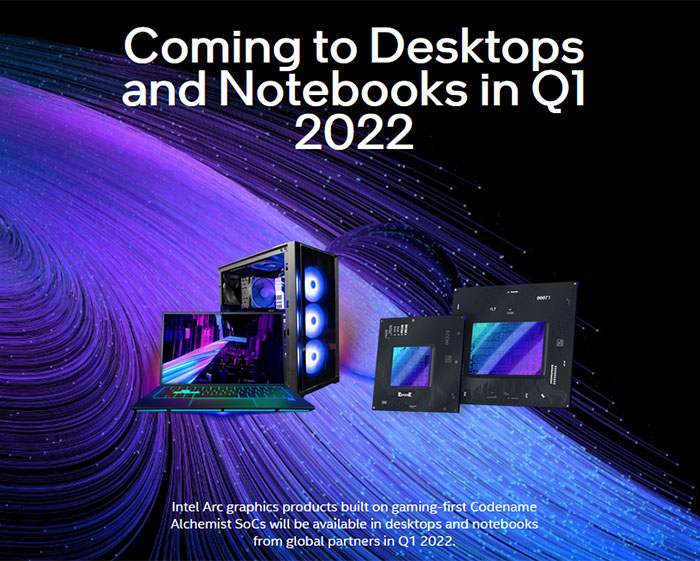 Another important thing to take away from today's announcement is the timescale. Intel has confirmed that "Alchemist products will arrive in the first quarter of 2022." That means shipping products in the hands of consumers. Hopefully between now and then we will get further teasers and tastes about what to expect.

Posted by Tabbykatze - Mon 16 Aug 2021 16:07
Firstly, really not sure on the product naming but I guess is it so different from naming them after islands or after pivotal inventors in history? Well, yes…I don't think I couldn't not smirk every time I see “Druid generation” GPU. But maybe that's the publicity they're going for, weird naming and discussion about the weird naming in the foreground…

Secondly, they had to show it playing Crysis to put to bed “can it play Crysis”, ha ha!

I'm interested in intel GPUs in so far as it's a third player in the market but all opinion on their capabilities will be reserved minus my opinion on Mr Koduri and his activities from the Fury series and onwards at AMD.
Posted by LSG501 - Mon 16 Aug 2021 16:28
Due to my need of cuda the only things that interest me in the intel gpu's are:
- Does it bring down prices on nvidia gpu's
- Do they have a cuda alternative that my software supports meaning I could consider something other than nvidia lol

LSG501
- Do they have a cuda alternative that my software supports…

The Xe-HPG GPUs will be supported by Intel's oneAPI back-ends for several libraries. They also provide tools for conversion of cuda code.

Looks like Codeplay is creating a cuda implementation of the oneapi backend, so, presumably, you'll also be able to accelerate Intel's libraries with your cuda GPUs.
Posted by ohmaheid - Mon 16 Aug 2021 20:25
There may be some serious bargains to be had when Intel releases DG2. After all they will need to create a market for their products. Sensible pricing would work.