It looks like the next big graphics card launch will be from AMD and partners and be all about the Radeon RX 6600 and Radeon 6600 XT. We have seen a number of leaks and other indications that this GPU is being prepared for launch and if anything it is now overdue, as we are a week into H2 2021. We have already seen the key component on these cards, the Navi 23 GPU, feature in the Radeon RX 6600M, Radeon Pro W6600/M, and as a part of the latest Tesla car infotainment system.

PowerColor is one of AMD's stalwart partners, and was among the first such partners to publicise the special bin Navi 21 XTXH in April, for example. Now it appears to be the case that PowerColor is pumped and primed to launch its shiny new Radeon RX 6600 (XT) series of GPUs because it has prepared some corresponding website navigation categories for you to sort through its wares. VideoCardz spotted the slip on Monday, and it was obviously a mistake because the screengrabbed categories are no longer there to be seen on Tuesday.

Sadly, the PowerColor spill was quite minor, other than indicating its listing intentions. These category listings revealed no product details or specs. However, we do have some firm expectations with regard to the Radeon RX 6600 (XT). These graphics cards are to be based around the AMD Navi 23 GPU. The AMD Radeon RX 6600 XT is expected to feature the Navi 23 XT GPU with 2048SPs, plus 8GB GDDR6 on a 128-bit bus. Meanwhile, the AMD Radeon RX 6600 will be based around the Navi 23 XL GPU with 2048SPs, plus 4GB or 8GB GDDR6 on a 128-bit bus. Both models should run at very high clock speeds (the mobile RX6600M runs at 2,177MHz Game Clock), while operating at relatively low TDPs. 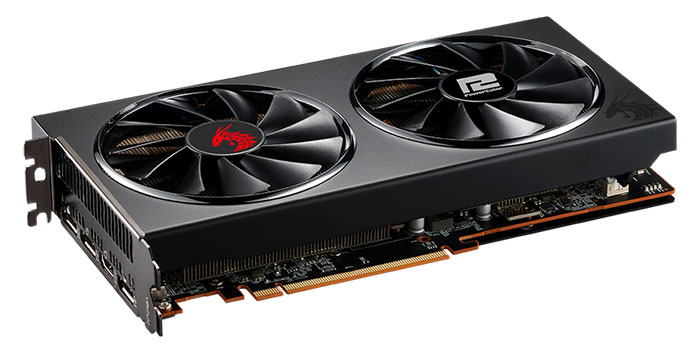 PowerColor will likely make a number of SKUs for the AMD Radeon RX 6600 (XT). It might be too low a budget product for a Hellhound or Red Devil, but we should at least see a Red Dragon, a Fighter, and reference design. With the previous gen RX 5600 series, PowerColor promoted its own ITX design too.