Amazon Italy has published a detailed listing of an Asus TUF Dash F15 laptop with an interesting spec sheet. We have previously seen evidence of laptops like this in the pipeline, but they are obviously getting nearer to launch/release now that retailers are setting up sales pages for these products.

The Asus TUF Dash F15 is a known quantity, we have even reviewed a sample, but this Amazon Italy listing offers for a 'FX516PC-HN002T' is a completely new lower-end spec. As well as the Intel Core i5-11300H, a 10nm Tiger Lake with 4C/8T CPU with Iris Xe graphics and 35W configurable TDP, this features a new Ampere laptop GPU. 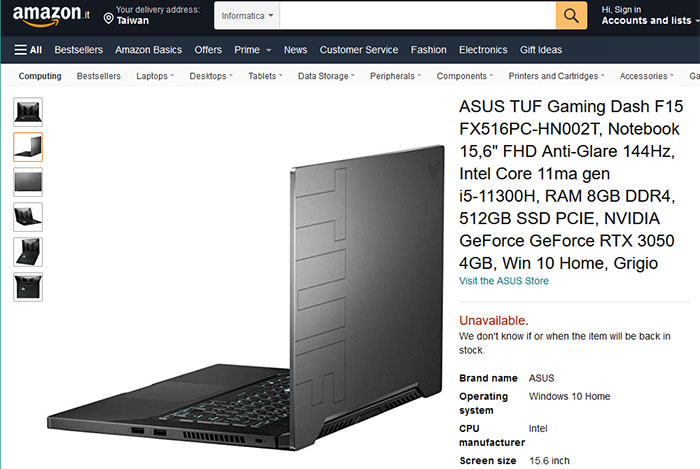 The Nvidia GeForce RTX 3050 4GB features here. Of course Amazon doesn't deep dive into GPU specs but from previous info we know that this GPU features 2,048 CUDA cores, and a configurable TGP between 35 – 80W. Its 4GB GDDR6 is connected to the GPU via a 128-bit interface for 88GB/s bandwidth. Clock speeds are up to 1,750MHz for the 80W part. 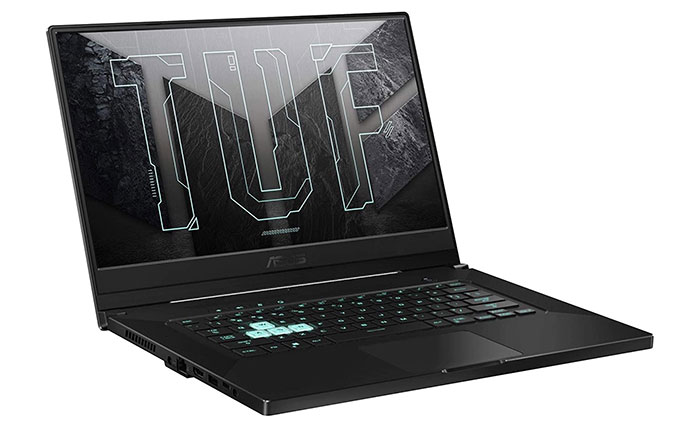 Compared with the previous entry level unit, the new FX516PC-HN002T downgrades CPU, and GPU, as well as the screen (from 240 to 144Hz, which is probably fine in this new model). Pricing should reflect the multiple downgrading, so perhaps this model could come priced at £699 or so.

The above leaves me wondering when will Nvidia launch the GeForce RTX 3050/Ti GPUs for PC desktop DIYers? Remember though, that the laptop and desktop GPUs in this generation are rather dissimilar.