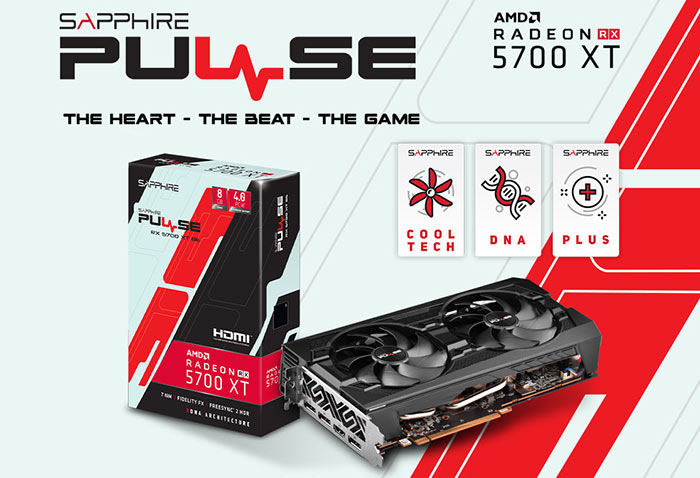 Sapphire makes comparisons of its graphics card quite easy as you can browse through them and add them to a list which you can later compare. I've done this with the new 'BE' card (11293-09-20G) and its nearest neighbour, the regular Pulse RX 5700 XT 8G (11293-01-20G). You can see a screenshot showing the key similarities below. The screenshot tallies precisely, but there are important specs - so basically out of the box performance should be pretty comparable. 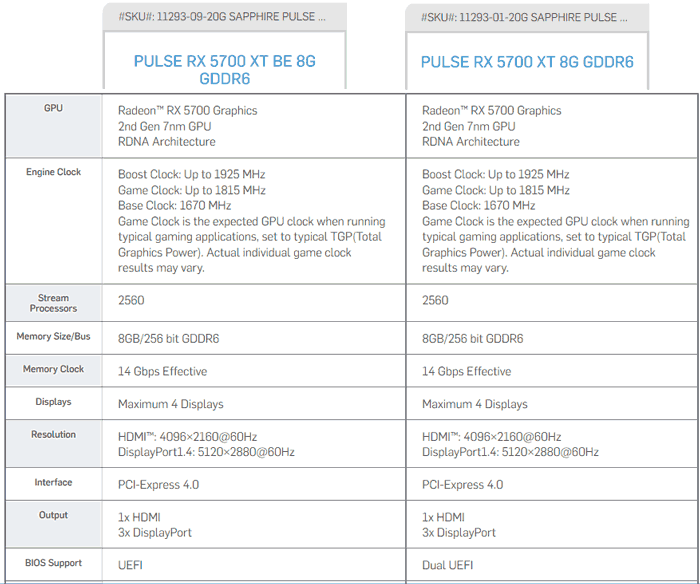 Digging deeper in the comparison we see the first spec difference. While the higher-end cards ship with Dual-BIOS as standard, this has been snipped from the 'BE' specs to save a dollar or two.

Some important things remain, like the "Robust Memory Cooling… Precision Fan Control… Dual-X Cooling Technology… and Tough Metal Backplate". Which is good but not mentioned specifically in the tech specs there are different fan models, a smaller PCB, a lower-mass heatsink, one fewer heatpipe, and an overall different looking ABS shroud used for the 'BE'. With particular attention to the fans, the more expansive models use 'Quick Connect' design easily swappable units. Last and probably least the red LED Pulse logo has been replaced with a non-backlit version.

When pushed it is possible that the new 'BE' model will be faster / more likely to throttle simply due to the downgraded cooler. Among a wide range of competitors the regular RX 5700 XT Pulse had middling thermal performance but was better than reference by some margin. It will be interesting to see the same tests done on the 'BE'. 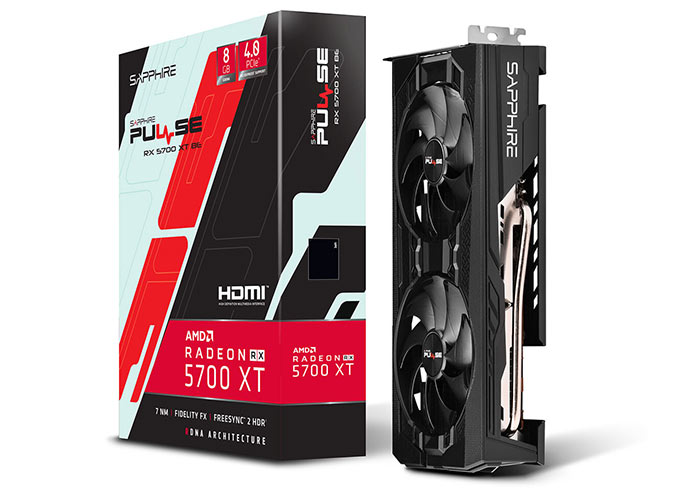 Sapphire's new Pulse RX 5700 XT BE 8G GDDR6 comes with an MSRP of US$399 but it is expected to settle down a little lower than this once supplies are plentiful.

But yeah I do agree anyone buying anything now needs a big discount to get motivated with both GPU companies readying their giant leap new architectures.
Posted by 3dcandy - Thu 30 Jul 2020 22:53

But yeah I do agree anyone buying anything now needs a big discount to get motivated with both GPU companies readying their small step new architectures.

[GSV
Trig;304]Trying to flush out the last load of chips before the new stuff comes out.

Exactly. Just trying to offload, at this price too?

I'd rather wait for the new cards which should be capable of genuine 4I with high fps and all the other new tech, slot if which is a first for AMD.

New cards should in theory be a decent step up.