Earlier today you might have read our overview of Microsoft's DirectX 12 Ultimate. The new API delivers a solid quartet of splendid graphical technologies - DirectX Raytracing, Variable Rate Shading, Mesh Shaders, and Sampler Feedback - and will attempt to synergistically unify Windows PC and Xbox Series X gaming development. Microsoft's partnerships with AMD and Nvidia are going to be important to make sure the newest DX API works well and is widely adopted, and both firm's have published blogs and videos showing off how well they can pick up and run with DX12 Ultimate even at this early stage.

AMD has a strong partnership with Microsoft, especially with its CPU and GPU processing hardware being instrumental to the fortunes of the upcoming Xbox Series X consoles. It is no surprise then that AMD has announced that its upcoming AMD RDNA 2 gaming architecture will provide full support for DX12 Ultimate. "Microsoft and AMD worked closely on the development of the DirectX 12 Ultimate feature set to ensure a great experience with AMD RDNA 2 architecture," added Bryan Langley, Graphics Group Program Manager at Microsoft.

In the video above you can see "a taste of the photorealistic realism DXR 1.1 will enable when using hardware-accelerated raytracing" on AMD's upcoming RDNA 2 gaming architecture. Frankly, the video provides a very strong taste, not very subtle; everything in AMD's futuristic sci-fi scene is extremely shiny and reflective.

Nvidia is in the enviable position that its RTX series hardware already supports DirectX 12 Ultimate, as it is. Furthermore, it is rather happy that the move from DXR 1.0 to 1.1 makes raytracing even more efficient on its hardware base.

Despite the above, there is a bit of a wait required for Windows 10 to catch up. DirectX Ray Tracing and Variable Rate Shading are supported in Windows 10 today, but the other two major features (Mesh Shading and Sampler Feedback), as well as update DXR to version 1.1, will have to wait for the release of Windows 10 20H1. After that though, your current GeForce RTX graphics card or laptop will be able to jump straight in with support for the new and more efficient features. Like AMD, Nvidia already has tech demos running on DX12 Ultimate though. 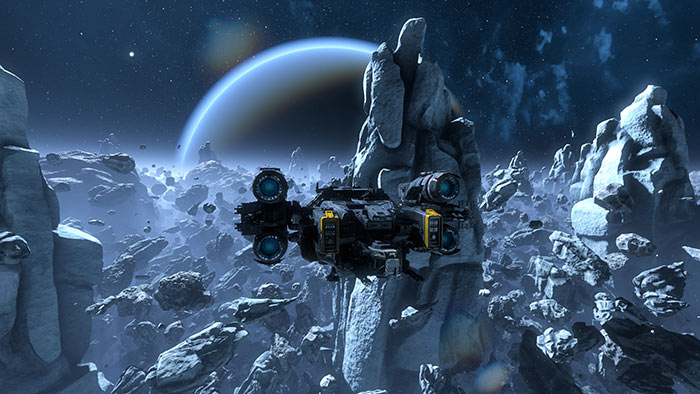 Nvidia reminds us that it has pioneered ray tracing in a number of AAA titles like Battlefield V, Call of Duty: Modern Warfare, Control, Metro Exodus, Shadow of the Tomb Raider. Going forward you will see this kind of graphical realism and finesse appear in anticipated titles like Cyberpunk 2077, Minecraft with RTX, Watch Dogs: Legion, and Vampire: The Masquerade - Bloodlines 2.

Posted by Tabbykatze - Fri 20 Mar 2020 12:09
It may have been the first to do Ray Tracing but it was extremely underwhelming and felt like a bolt on initially. It took at least a year before we saw anything decent with it on and even then the number of titles leveraging full ray tracing rather than just a few shadows/light sources doesn't really make me feel like it was “pioneering”.
Posted by Yoyoyo69 - Fri 20 Mar 2020 14:28

Tabbykatze
It may have been the first to do Ray Tracing but it was extremely underwhelming and felt like a bolt on initially. It took at least a year before we saw anything decent with it on and even then the number of titles leveraging full ray tracing rather than just a few shadows/light sources doesn't really make me feel like it was “pioneering”.

Their statement should read: