The Khronos Group has announced that it has released the Vulkan 1.2 specification for GPU acceleration. As a reminder, Vulkan is an open, royalty-free API for high-efficiency, cross-platform for modern GPUs. 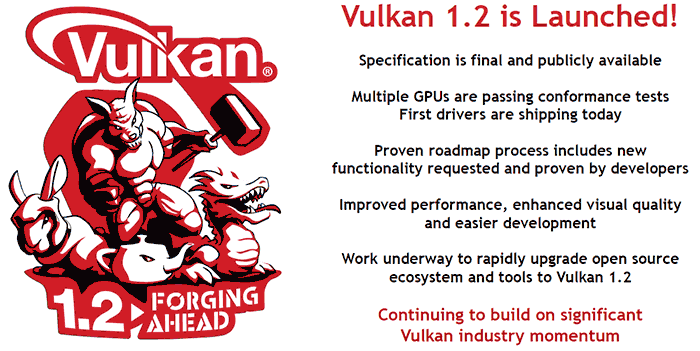 Key features introduced in Vulkan 1.2 include the following: 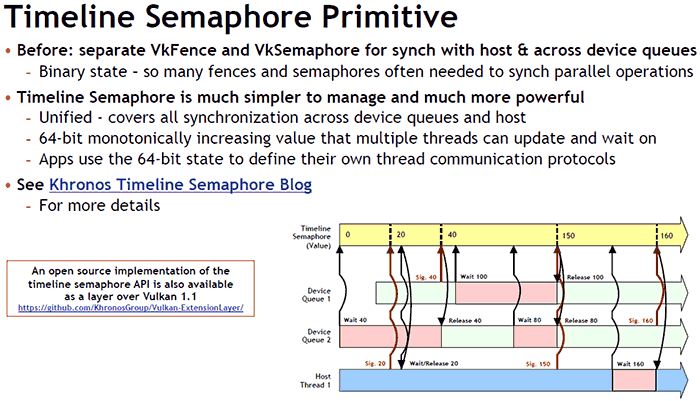 Importantly Khronos and the Vulkan community will support Vulkan 1.2 in a wide range of open source compilers, tools, and debuggers before the current month is over. The tools will include the RenderDoc frame capture and debugging tool, the Vulkan conformance test suite, and the Vulkan SDK. 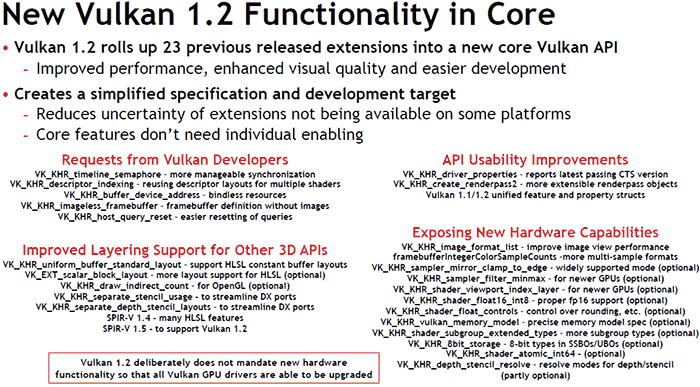 Khronos notes that any GPU that supported previous versions of Vulkan will be capable of supporting version 1.2. Straight off the bat AMD, Arm, Imagination Technologies, Intel, and Nvidia all have Vulkan 1.2 implementations passing the Khronos conformance tests.

At the time of the publishing of the Vulkan 1.2 blog post, Nvidia already had beta drivers available will full support for v1.2 for both Windows and Linux. Nvidia's GeForce 441.99 Beta Drivers support all Nvidia GPUs as far back as Kepler. 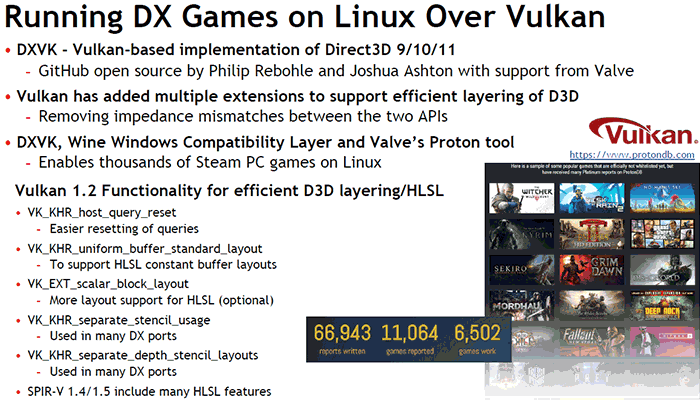 AMD has been pretty quick off the mark too. It has now released Radeon Software Adrenalin 2020 Edition 20.1.2 with full support for Vulkan 1.2 and Dragon Ball Z: Kakarot. AMD's driver also fixes some UE4 based titles and Radeon RX 5700 Series rebooting when idle issues.