There is certainly some momentum behind the idea that an AMD Radeon RX 5600 XT will launch soon. Last week we saw benchmarks of the supposedly upcoming graphics card unearthed from the depths of the 3DMark results browser. Around the same time Igor's Lab shared its thoughts on the GPU and asserted that we would see the first RX 5600 XT products in week 3 of 2020 (week starting 13th January).

Over the weekend some pretty substantial evidence of AIBs preparing to deliver AMD Radeon RX 5600 XT SKUs emerged to add weight to the above. Twitterer Tum Apisak shared a screenshot, which may have been Reddit sourced, which included the specification highlights of an ASRock Radeon RX 5600 XT Challenger D 6G OC. At the time of writing it seems like the Redditor bowed to pressure from some source and removed their screenshot but Apisak's version remains, and VideoCardz tweeted that it rejected a request from ASRock to remove its story and images. Of course the ASRock pages detailing these unannounced graphics cards have been taken down. 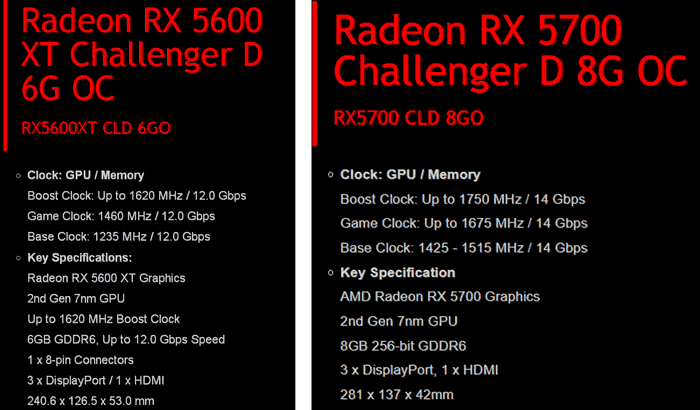 Moving on from the tale of this story's provenance and onto the substance, please consider the screen grab of the product highlights embedded above left, and the supplemental specs page embedded below. 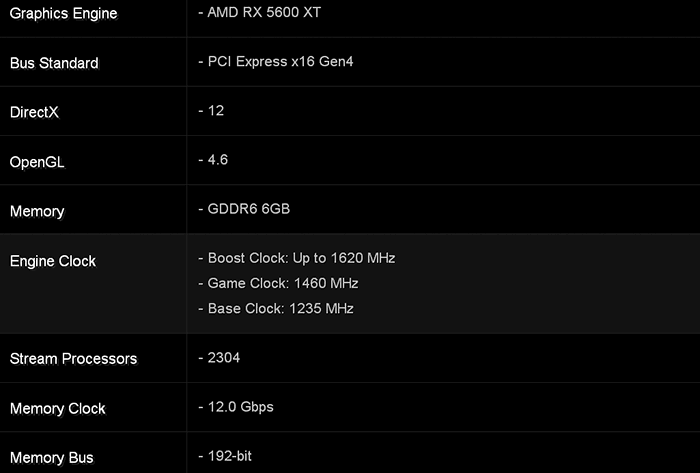 The launch date of mid-January seems reasonable given the early leak of these specs. Price/performance will be crucial to AMD in this hotly contested market segment - so even though we know these specs there remain enough unknowns to make or break this upcoming new offering.

No surprise reductions or well received release for AMD, which is what is needed.
Posted by anselhelm - Tue 31 Dec 2019 16:11
The biggest problem I foresee is AMD's lack of competitive pricing at launch for their products. Naturally AMD (specifically the RTG division) needs to post a profit, but these cards will sell poorly if they're priced above £220 GBP, given that many GTX 1660 Super (6GB) AiB Partner models are currently around £200-£220 GBP delivered.