You are here:
Graphics Corporate News

In late November HEXUS reported upon the rapid erosion of top-execs from the Intel marketing department. Ex-AMD marketing guru Chris Hook became ex-Intel, surfing away in the wake of other outbound execs like John Carvill. A few hours' ago, the new Product Marketing Manager, Discrete Graphics at Intel let himself be known - it's Ashraf Eassa.

You might be familiar with Eassa from Twitter, especially if you know about his work as an IT industry analyst and his history of semiconductor company news analysis at The Motley Fool. Looking back through the HEXUS archives we have quoted or referenced reports from Eassa three times in the last two years - all on stories with Intel as the focus, and twice about the Intel Arctic Sound GPU aimed at gamers. 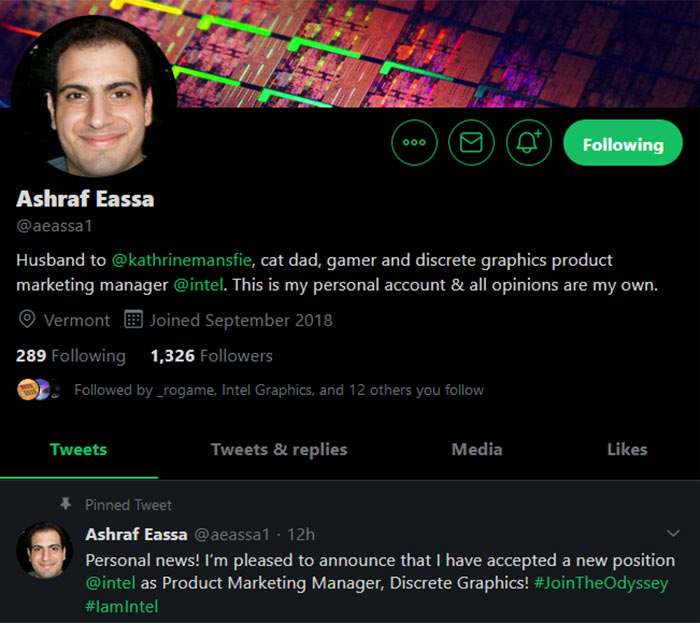 Eassa's appointment as Product Marketing Manager, Discrete Graphics at Intel isn't a huge surprise. He joined Intel as a Technical Marketing Strategist, for the Intel Graphics group, back in May this year and his skills have obviously been appreciated in order to be elevated to where he is today.

In a follow-up reply to his Intel Product Marketing Manager, Discrete Graphics announcement, Eassa notes that he is "sitting out CES," at this late stage. However, he will be ready for subsequent trade shows and expos. The significance of CES 2020 for Intel Discrete Graphics could be major, with the 10nm Xe DG1 rumoured to be unveiled or at least teased during the event. CES 2020 kicks off on Tuesday, 7th January.

In other Intel Graphics news the Intel Graphics Command Center beta program is now live. If you are interested in testing out Intel's beta app, then head on over to the Microsoft Store, via this link. Key attractions are said to be a completely redesigned UI for "gamers, home theater enthusiasts, professionals, and everyday tinkerers," with a robust help feature built in to help you get the most out of the software/hardware. 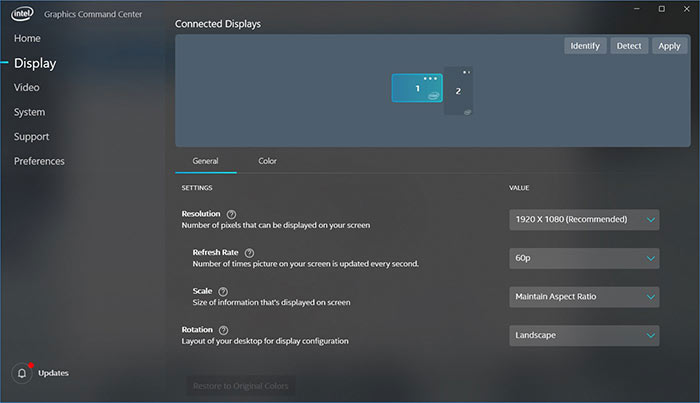 New features in this latest beta include a simple and intuitive way for users to record and store videos of their primary displays, and the multi-monitor friendly Combined Desktop.