HEXUS reviewed the 'standard' Sapphire Radeon RX 5700 XT Nitro+ back in mid September. At the time we wondered if this was perhaps the best Navi-based graphics card available. In conclusion we noted that this large triple fan component was the fastest AMD Radeon RX 5700 XT we had tested so far, and it was complemented by an excellent build, capable and quiet cooling, with some sensible RGB lighting frills added. 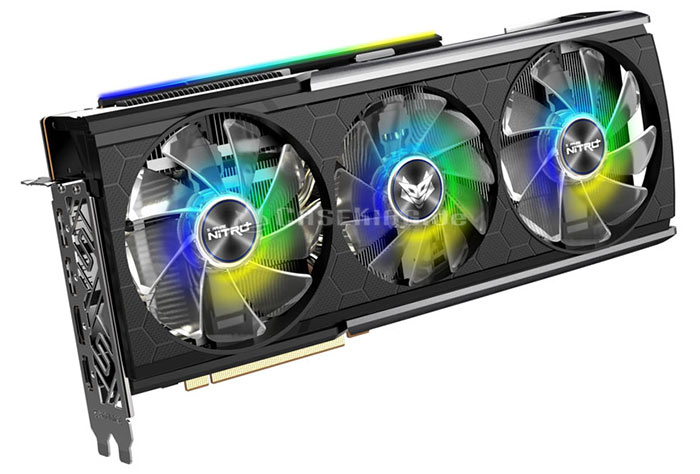 Today CaseKing, a German PC tech retailer, listed an even better version of this card from Sapphire - the Sapphire Radeon RX 5700 XT Nitro+ Special Edition. Though you might have experience of Sapphire Special Edition graphics cards previously, and know what to expect, I've compiled a specs table to highlight the differences, below. 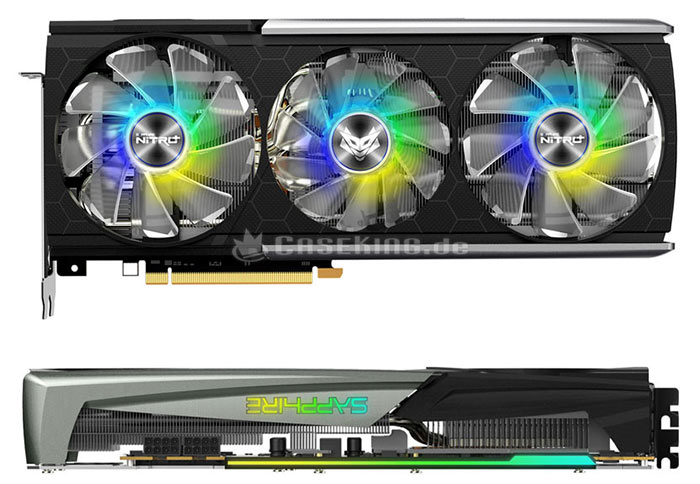 As you can see above the Special Edition benefits are; a higher base and boost clock for the GPU, faster GDDR6 memory, and the cosmetic appeal of triple ARGB transparent fans (which would have cost you £30 extra if bought separately). Incidentally, both SKUs have the same sized 100mm + 88mm + 100mm fan configuration with the smaller central fan spinning in the opposite direction to the larger outer fans. All specs, other than tabulated above, appear to be the same.

The benefits of the faster GPU and memory clocks might be marginal, and the RGB fans being included will not be of interest to everyone. However, the price premium isn't that large. Remember this is a Special Edition and will have a limited run. The Sapphire Radeon RX 5700 XT Nitro+ Special Edition is expected to officially launch very soon.

Posted by Usernamist - Wed 13 Nov 2019 15:28
Why are all the Nitro+ “SPECIAL EDITIONS” so gosh dang ugly? And not even characteristically bland/Noctua style ugly, they're ugly even by Gamer™ Standards.
Posted by AETAaAS - Wed 13 Nov 2019 15:55
I think it's quite a good looking card. Subtract the multi-colour RGB and the card itself looks smart with its silver and grey tones. If I had one, I'd set the LEDs to static red to match my system; but I understand that manufacturers do the rainbow circus in order to make sure you know: its got R G B!!!!! :rockon: