...There's little to criticise if you want to go down the AMD Radeon route.

Sapphire has sought to build the best Radeon RX 5700 XT by reimagining its Nitro+ series of cards for the latest Navi architecture.

Oversized and housing cooling designed to overpower the underlying GPU, Nitro+ does a lot of things right, if you have the room for it. It's cool, quiet, imbued with sensible RGB, and is home to multiple BIOSes that flick between performance and silence.

There's little to criticise if you want to go down the AMD Radeon route, and though significantly more expensive than the cheapest, reference-like models, the Nitro+ falls nicely into step amongst rival OC cards. That said, having a factory overclock on this GPU series doesn't make a whole heap of difference to in-game framerates, and even overclocking it further fails to produce the kind of additional performance that one may expect. Sapphire, clearly, is playing it pretty close to the frequency wire at the elevated shipping clocks.

Bottom line: Sapphire has done a commendable job in getting the most out of the RX 5700 XT GPU. We're confident that, given its £449 price, it will be difficult to find a better Navi-based card anytime soon. Recommended. 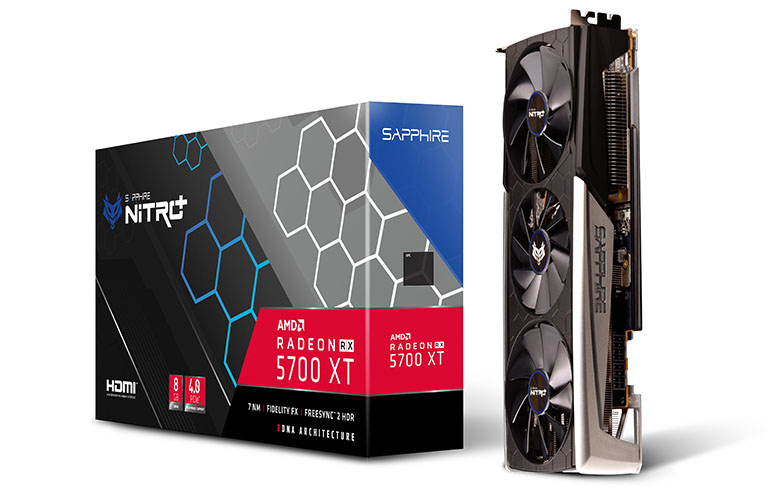 Either that or you know..bring back bang4buck..
Posted by Gentle Viking - Mon 16 Sep 2019 18:05
Here the red devil are a little cheaper than this that just popped up where i got mine, the Gigabyte OC card with a similar style 3 fan cooler are on the other hand a little cheaper than my Red devil card.
This new sapphire card cost the same as the Asus TUF card, and the ROG asus card are outright the most expensive 5700XT card out of the 15 cards listed where i got mine.
The ROG asus are 71 GBP more expensive than my red devil.
Posted by big_hairy_rob - Mon 16 Sep 2019 18:40
Any chance of actually releasing reviews on the rest of the 5700/5700XT Cards? Still waiting on reviews before spending cash (and getting pretty close to turning my back on gaming)…