Wargaming, the makers of well known MMO World of Tanks, have published a demo of an updated graphics engine which facilitates real time ray tracing on any DirectX 11 compatible GPU. The new graphics engine is called enCore RT (with RT = Ray Tracing).

enCore RT is available as a download direct from Wargaming so users can test their PC systems, to see how ready they are for the upcoming World of Tanks update that will use the new graphics engine. Users can benchmark with the demo using various options and presets.

By default the updated Core graphics engine software doesn't run with real-time ray tracing enabled, and there are options to toggle it to on/off, and apply it at minimum, medium and ultra settings. Furthermore, there are general graphics quality settings presets (minimum, medium, and ultra) which adjust things like quality of textures, lighting, landscape, water, particles etc. With the test results in hand you will have a good idea of how WoT using enCore RT will run on your PC system at various quality / resolutions when it goes mainstream. 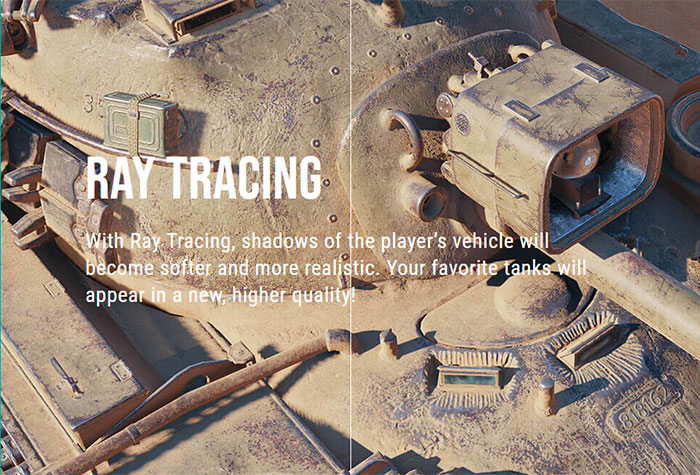 See the softer shadows to the left of the central vertical white line.

Wargaming's real-time ray tracing technology uses Intel's open source Embree library, which is part of the Intel One API. Embree provides "a collection of high-performance ray tracing kernels," optimised for Intel SSE, AVX, AVX2, and AVX-512 instructions. As hinted at above, the enCore RT engine in WoT limits the ray tracing scope to shadows. This minimises big impacts on gaming frame rates while achieving the greatest benefit from the tech in the developer's judgement. However, "recreating incredibly soft and natural shadows is just the beginning of the Ray Tracing Era in gaming graphics," says Wargaming, adding that it is looking to introduce "realistic reflections, ambient occlusion, and global illumination in real time," in the more distant future. 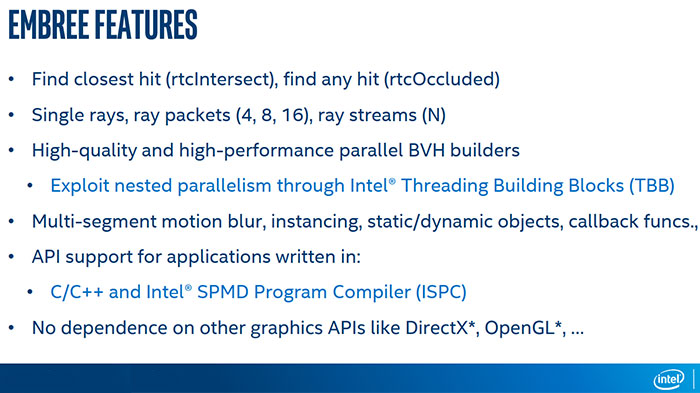 I've included some screenshots and video but the official enCore RT site and its accompanying developer blog has some interactive graphics with sliders for you check out too.

DanceswithUnix
So an Intel library. Is it crippled on AMD platforms, like they have done before?

Doesn't DX12 have cross platform raytracing?
Posted by cheesemp - Thu 17 Oct 2019 14:29
Always been impressed by how little hardware WOT needs to run well. Shame its such a grindfest unless you spend serious money on premium tanks and ammo.