Twitter PC tech enthusiast Harukaze5719 has spotted an eBay seller in Hong Kong advertising unreleased AMD Ryzen 5000 series desktop APUs. Specifically, a listing for an AMD Ryzen 3 5300G APU was posted on eBay last week, though it was an ES (engineering sample) and only five were made available (now all sold at US$176.99 each inc shipping). 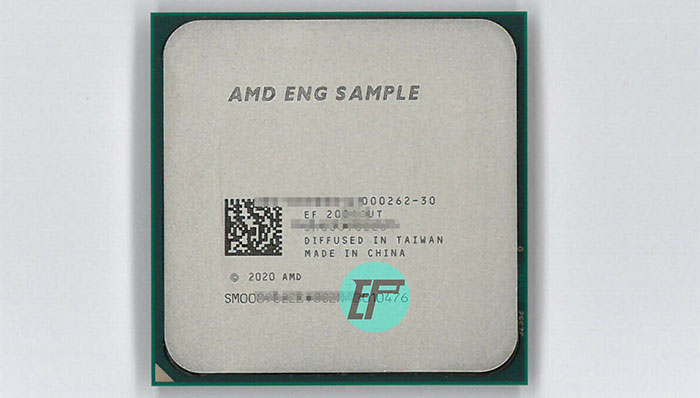 HugoHK's listing on eBay for this as yet unannounced and unreleased processor is of particular interest as Hugo has uploaded a video giving an overview of the processor, how to install it on a contemporary system, and some of its capabilities. Several times in the listing and video Hugo reminds those interested that this is an ES, but that seems one of the least of its problems for now, as other important things a buyer should keep in mind are that: 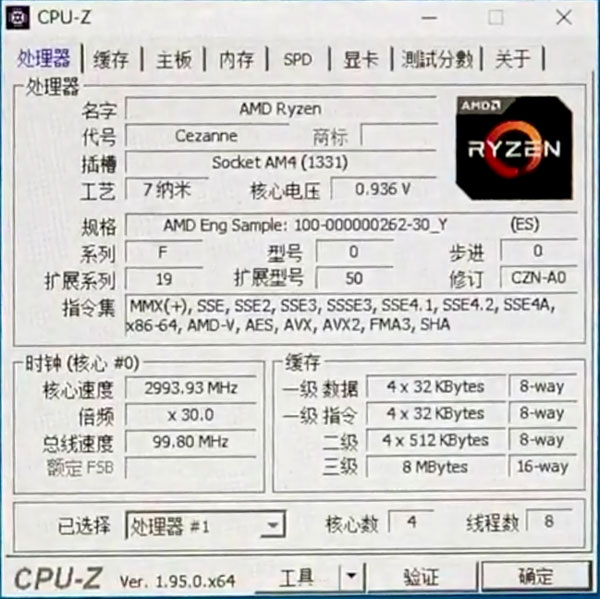 Specs listed are rather woolly, considering the seller has the processor at hand, but you should see the following: 4C/8T, 8MB L3 cache, and Vega 8 graphics, in an AM4 package. 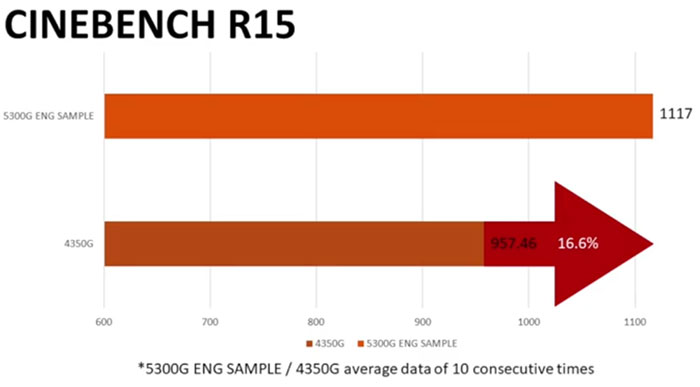 In the video shared by Hugo we can see various aspects of the processor / system revealed in the BIOS, Windows Task Manager performance graphs, CPU-Z. Moreover, tests on the CPU are undertaken in CPU-Z, Fritz Chess, and Cinebench. Later those interested are walked through installing a modified graphics driver, so their system can make use of the Vega 8 graphics. Once the graphics driver was applied, Hugo tested gaming in Battlefield 4 and 5. 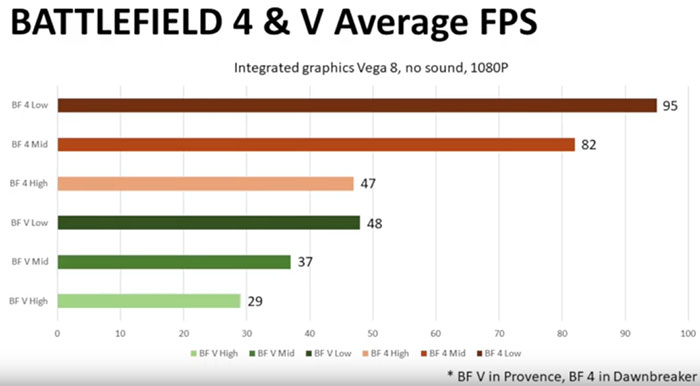 Check out the various benchmark screenshots above, and you can see that there is some clear evidence of a decent performance uplift with this Zen 3 packing APU.

At the time of writing there is no official word on the launch and distribution of AMD Ryzen 5000 series desktop APUs.

six_tymes
release DDR5 platforms already. PHONES have been using a variation of DDR5 for awhile now. come on

six_tymes
release DDR5 platforms already. PHONES have been using a variation of DDR5 for awhile now. come on

You want to pay more for your memory?!