If you head on over to the PassMark Software CPUs benchmarks pages you might be a little surprised to find that the unreleased AMD Ryzen 5 5600X desktop processor features in its tables and charts. Navigating to the CPU benchmarks page, single thread performance category, makes the AMD Ryzen 5 5600X hard to miss, sitting very comfortably there at the top of the rankings. 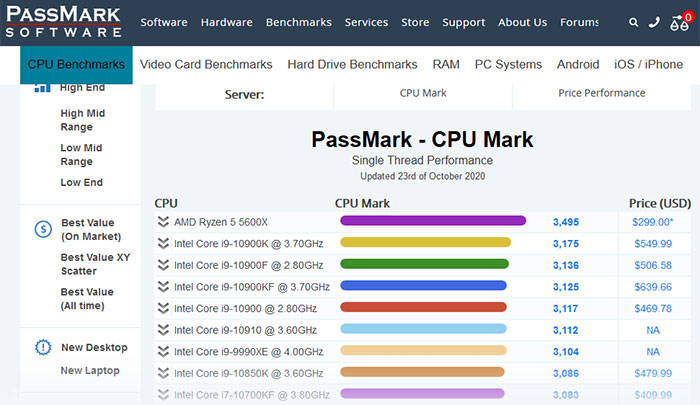 The AMD Ryzen 5 5600X was one of a quartet of new 'Zen 3' architecture desktop processors announced by AMD at the beginning of October but remains unreleased and under wraps until 5th Nov. What we know officially about the processor is echoed by the PassMark CPU info page; this AM4 CPU has 6 cores and 12 threads, a base/boost clock speed of 3.7/4.6GHz, a TDP of 65W, and an RRP of US$299.

At the unveiling event AMD provided a teaser of the performance of the Ryzen 5 5600X, with a particular focus on its "performance per dollar leadership". This slide is reproduced above and compares the Ryzen 5 5600X against Intel's identically priced and 6C/12T core configured Core i5 10600K. 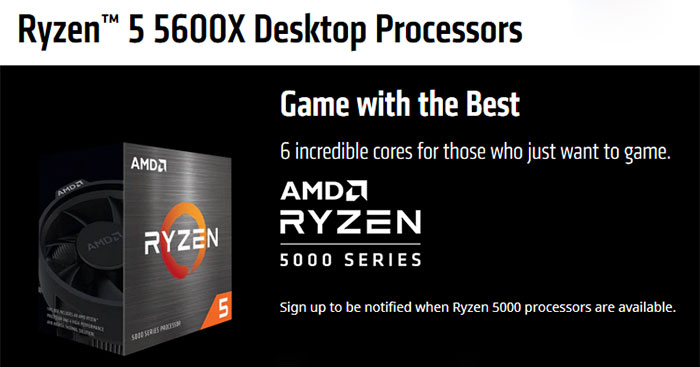 AMD announced the Ryzen 5000 series of processors back on the 8th October. Four SKUs become available on 5th November; the AMD Ryzen 9 5950X, the Ryzen 9 5900X, the Ryzen 7 5800X, and the processor featured above - the Ryzen 5 5600X. Tune in for the HEXUS reviews, which are less than a fortnight away.

Darkedge
really tempted to go Zen 3 myself with this cpu and the ASUS ROG Strix B550-E mobo. Should be a bit of a boost over my current Ryzen 5 1600

Once king of the hill, now sliding into middle age, mid table obscurity… :((