You are here:
CPU Corporate News

Earlier this week HEXUS reported upon a significant exec personnel reshuffle at Intel. The headlining change was that Intel's Chief Engineering Officer, Dr. Murthy Renduchintala, would depart after four years service, to be effectively replaced by Dr. Ann Kelleher, previously Head of Intel Manufacturing. Now we see that Intel is also looking to shake up its processor branding, thanks to the unearthing of some new trademark applications by prolific Twitter tech leakster Momomo_us.

The Justia trademarks database has some small thumbnails of the revamped logos, which may or may not be actually used by Intel in the coming months. There appear to be four new logos showcased in the trademarks database, as below:

The four share a similar base construction, as you can see outlined, top. You might think of the base image as representing big/LITTLE cores situated on top of the substrate that forms the CPU. Remember Lakefield processors, and the upcoming Alder Lake-S processors for desktop, are expected to be hybrid designs with a mix of performance and efficiency tuned cores. Thus it isn't likely we will see these logos presented at the upcoming Tiger Lake laptops reveal event on 2nd Sept, or when Rocket Lake-S CPUs emerge in late 2020 / early 2021. 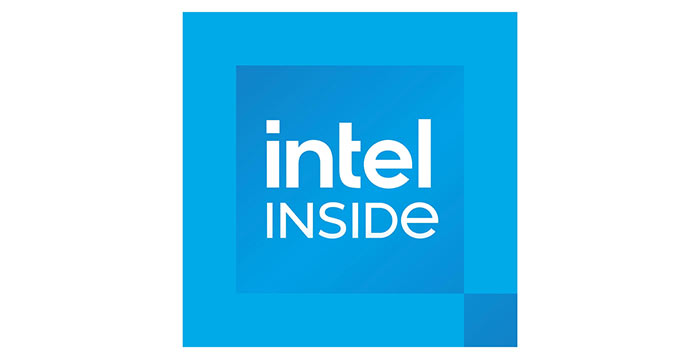 The colour version of the Intel Inside logo was found by Dennis Chung on the USPTO site.

Probably the most interesting trademark is that showing the 'Intel Evo powered by Core'. Evo is usually a 'positive' brand suffix, unlike 'E' which can equally be 'Economy' or 'Enhanced'. However, we can't be certain if Evo processors will be better than regular Core processors at this time. What do HEXUS readers make of the new Evo range and the revamped logo designs in general?