Intel has announced a significant senior executive reshuffle. The headlining change is that Intel's Chief Engineering Officer, Dr. Murthy Renduchintala, will depart after four years service. Dr. Ann Kelleher, previously head of Intel manufacturing will bear most of the responsibility of filling Renduchintala's shoes in her new role of Technology Development Lead, focusing on 7nm and 5nm processes.

Renduchintala's departure comes hot on the heels of the news that its 7nm processors will be further delayed - an additional delay of six months was flagged to investors last week, making a cumulative 12 month delay. Obviously investors were less than pleased as Intel was already under pressure from rivals such as AMD. The result might be that Intel starts to hire TSMC to help out - and the grapevine says that there is already such an agreement in place.

Going back to the reshuffle news, Renduchintala, poached from Qualcomm in 2016, will leave Intel on 3rd August. Intel CEO Bob Swan thanked him for helping Intel transform its technology platform and building "the most diverse portfolio of leadership products in our history". As mentioned in the intro, Renduchintala won't immediately be replaced like-for like. Dr. Ann Kelleher isn't being promoted to Chief Engineering Officer but instead will work under the title of Technology Development Lead. Alongside Kelleher, Dr. Mike Mayberry, who has been leading Technology Development, will consult and assist in the transition until his planned retirement at the end of the year (after 36 years). 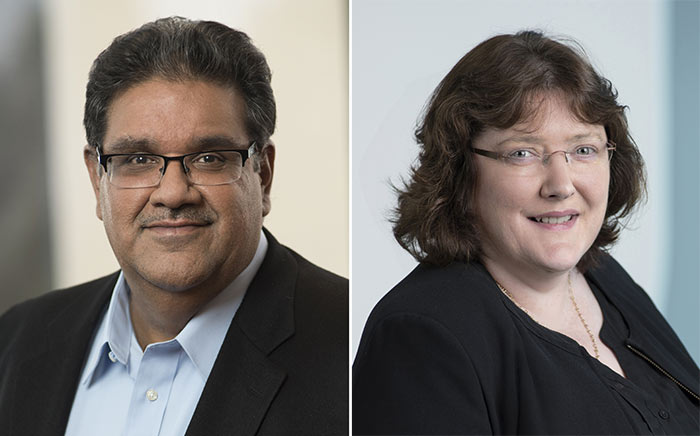 Other changes in the reshuffle are as follows:

Intel Architecture, Software and Graphics will continue to be led by Raja Koduri. Similarly Dr. Randhir Thakur will retain his role as Chief Supply Chain Officer.

Another recent Intel news nugget stems from the 7nm delay. Investors and Intel insiders are being courted by law firm Hagens Berman to join a class action suit against Intel.

The idea behind the lawsuit is that someone at Intel may have "misrepresented and concealed manufacturing and performance issues with its next generation 7-nanometer chips". So Hagens Berman is now looking for more info to build a case. Intel has "continuously represented that it would start shipping its first 7nm chips in 2021," comments the law firm. Of course the very public roadmap slippage has had a big impact on share value and investor portfolio values.

CAT-THE-FIFTH
I was watching Jim's video about this. Apparently there was a tussle between Dr. Murthy Renduchintala and Jim Keller,and Jim Keller left,and Raja Koduri and others were to be pushed out.

Well, you need to be an idiot or to have some illegal agreement to keep this dude and leave good engineers to go.
Posted by ohmaheid - Tue 28 Jul 2020 13:07
According to Adored TV…The regime at Intel promotes the “Blue Team - Green Team” division.
The Blue Team gets all the perks, sports facilities, bonuses etc. The Green Team (mostly contractors) gets nowt. They are excluded from product discussions etc.
It's a corrosive culture, and was brought in by Otellini.
Apparently there has been an ego fight between Renduchintala and Koduri, with the latter being denied resources, as the hyper ambitious pair both had eyes on the top of the Intel tree.
It appears Koduri has won this one.
Going forward - Swan is still the chief bean-counter, and although Ms Kelleher is a highly qualified engineer - It remains to be seen how much influence she can have on improving the current corrosive culture…and what will be Intel's share price be, in 12 months time?
Posted by Tabbykatze - Tue 28 Jul 2020 18:46

Thanos
This…does put a smile on my face

Mine too Thanos, mine too.

I'm glad that people responsible for Intels immediate failures are feeling the results of when the damocles sword falls after someone cuts the string.

Intel is in a very delicate place right now wherein they are losing trust, losing dominance and definitely now starting reap what they sowed. Hopefully the reshuffle can change an internal culture that absolutely need to change and for the better rather than for the worse.