A purportedly leaked document is circulating which may be evidence of Intel's intentions to bring its hybrid CPU designed Foveros packaged chips to the desktop. The big news is that the 12th Gen Alder Lake-S will apparently be the first Intel hybrid processor line for desktops and it will boast up to 8+8 big.LITTLE core configurations plus Xe graphics. 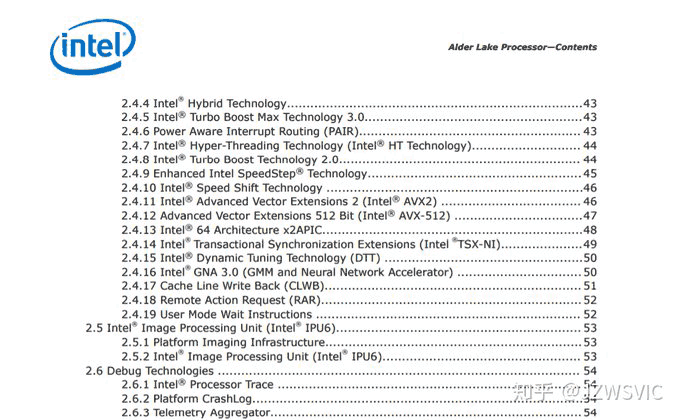 While Intel's Lakefield hybrid mobile computing chips use one 'big' 10nm Sunny Cove core plus four 'LITTLE' Tremont cores for power efficient computing, understandably things are being scaled up for desktops and Alder Lake-S will be a generation ahead too. Thus we are looking at Alder Lake-S processors coming packing up to eight Golden Cove cores, with a power efficient octet of Gracemont cores available for backup - that's 16 physical cores in total. 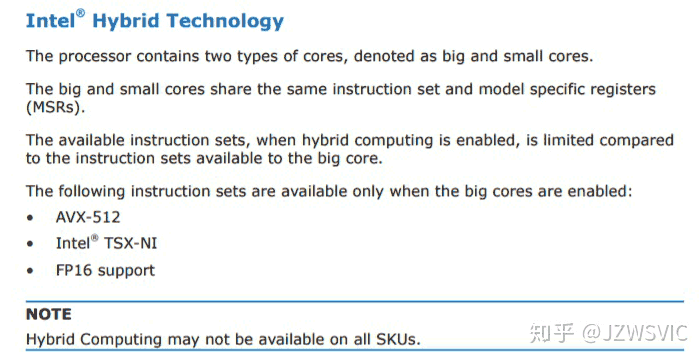 As well as activating for more demanding tasks the big cores may come into play when the following instruction sets are required by an application; AVX-512, Intel TSX-NI, or FP16 support.

Another part of the purported documentation shows a product table with a 125W Alder Lake processor. This LGA 1700 chip features 8+8+1 configuration where the latter number seems to be reference to GT1, an integrated Xe GPU. The next product seems to offer the same config at a lower TDP (80W) so that could be a clock locked processor. Lastly Intel looks like it will offer some no-hybrid CPUs in the Alder Lake family, like a product with just 6 big cores and GT1.

The 10nm Alder Lake-S line is still some way from reaching consumers. We still have to wait for the 11th gen Intel Core Rocket Lake-S processors to come and go. Rocket Lake-S will use the same LGA 1200 socket as Comet Lake-S.

Technically having slower low power cores for background tasks will get you a bit more power budget to squeeze a few more MHz out of the high power cores and at a lower silicon cost than adding more full-fat cores, so I can see them marketing it as enabling you to game without background tasks getting in the way, but really this is a hammer looking for a nail on desktop
Posted by sykobee - Tue 14 Jul 2020 12:40
This will just make AVX-512 an even bigger mess, and put of software support.

Using Atom for low-power cores is a good idea for mobile offerings, but it really needs to support the same ISA as the big core to stop having the issues the article points out.
Posted by Percy1983 - Tue 14 Jul 2020 14:17
Haven't phones been doing this for a while mostly for power saving where the big cores kick in for more intensive tasks.

So in mobile platforms this makes a lot of sense but on desktop is it really needed, I don't mind having cores under utilised but would mind not all cores being up to the task at hand.
Posted by JayN - Tue 14 Jul 2020 15:26
If both Gracemont and Golden Cove support AVX2, seems like it should be able to go head to head with Zen core SIMD, which are also limited to AVX2, right?
Posted by Tabbykatze - Tue 14 Jul 2020 16:13
What a mess, sorry but who asked for BIG.little on the desktop?