As the world's reliance on Arm processors looks like it is starting to become firmly established outside of the traditional mobile and smart devices segment, it is clear there is room for more custom solutions from the chip designer. At the higher-end of things especially, in devices like VR HMDs and laptops, there are bigger power budgets and these platforms are especially thirsty for faster performance. 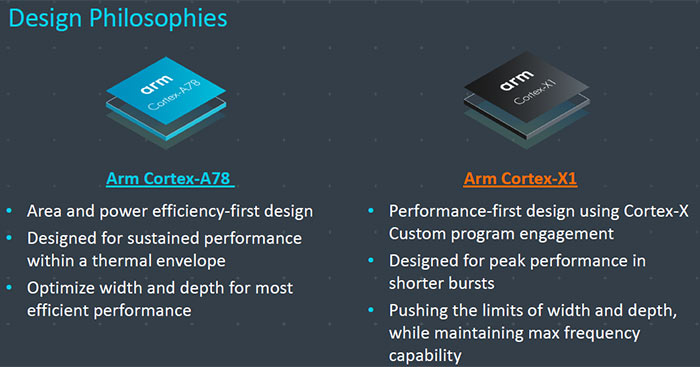 Thus Arm has announced the 'Cortex-X Custom Program', which is an evolution of the 'Built on Arm Cortex Technology Program', which essentially enables licensees and partners to customise and differentiate beyond standard Arm Cortex products. The first result of this program is the newly-announced Arm Cortex-X1: "the most powerful Cortex CPU". As indicated above, this is a solution firmly placed as offering the best performance for next-gen custom solutions. 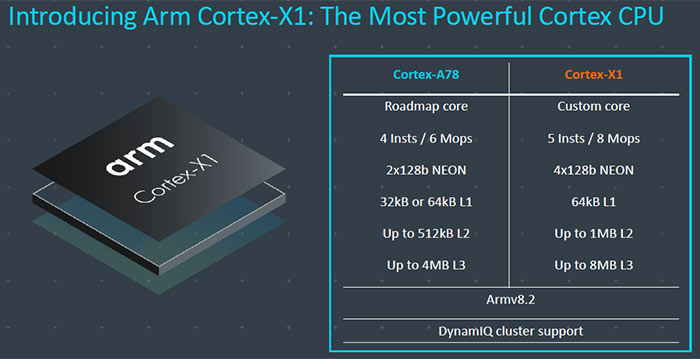 In the slide above you can see the scope Arm is opening up with the CXC Program. The first product realised from the program, the Arm Cortex-X1, delivers 'ultimate performance' and offers more scalable solutions, as indicated in the diagrams below.

Arm has pushed the limits of width and depth with the Cortex-X1 by delivering a 33 per cent increase in dispatch bandwidth, a 40 per cent increase in the out-of-order window size, and doubled FP/ASIMD execution bandwidth. L1, L2 and L3 caches have been doubled too, as per the top slide. Some preliminary benchmarks to show the effect these changes have on single-core performance can be seen below.

It is very interesting to see what Arm is up to with its partners right now, but this Cortex-X1 announcement provides just a tiny slit-window's view upon what its chip-making and device-making partners might rustle up via the CXC Program. Hopefully some of that news will be forthcoming sooner rather than later.