Today AMD made a couple of important announcements with regard to its Ryzen desktop processors. Firstly, it welcomed the new Ryzen 3 3100 and Ryzen 3 3300X desktop processors to the Ryzen 3000 series, available from next month. Secondly, it confirmed that B550 chipset packing motherboards will arrive worldwide starting from Tuesday, 16th June 2020.

These have been quite a long time coming but at last we have some Zen 2 core equipped mainstream desktop processors. AMD's new Ryzen 3 desktop processors are important to their target market as they bring both the new architecture and "twice the multitasking capabilities over previous generations," thanks to their four cores and eight threads. For perspective, Intel's top of the line 7th gen Kaby Lake Core i7 processors only boasted this many cores/threads (succeeded by Coffee Lake Core i7 CPUs with 6C/12T in late 2017). 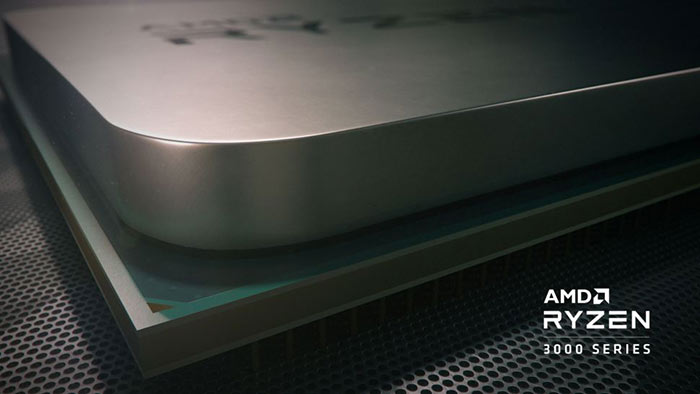 "Games and applications are becoming more and more demanding, and with this, users are demanding more from their PCs," said Saeid Moshkelani, SVP and GM, client business unit, in an email to HEXUS. "AMD is committed to providing solutions that meet and exceed those demands for all levels of computing. With the addition of these new Ryzen 3 desktop processors we are continuing this commitment with our mainstream gaming customers. We've taken performance up a level, doubling the processing threads of our Ryzen 3 processors to propel gaming and multitasking experiences to new heights."

This new AM4 chipset is designed for full support of the Ryzen 3000 Series desktop processors. It will become the world's first and only mainstream chipset with compatibility for PCIe 4.0. This will unlock "twice the bandwidth of B450 motherboards for high-speed, high-power performance in gaming and multitasking," asserts AMD. That is all the detail we have at hand at the time of writing.

In its email to HEXUS, AMD said that the Ryzen 3 3100 and Ryzen 3 3300X CPUs are expected to be available from leading retailers and etailers worldwide beginning in May 2020. Prices are $99 USD and $120 USD respectively. The first B550 chipset motherboards will become available worldwide from Tuesday, 16th June 2020. We don't have pricing for the motherboards as that will be up to the confirmed ODMs such as ASRock, Asus, Biostar, Colorful, Gigabyte, and MSI.

DanceswithUnix
These look nice. I was finding the 2200G was not quite fast enough for VR so went for a 3600.

The gaming results could be very interesting, although I suspect the 1600 will edge it in modern titles. They're basically i3 9100Fs, just with slightly higher IPC and hyperthreading (so identical to the expected 10th gen i3s), and the 9100F is soundly beaten by the 1600 AF

CAT-THE-FIFTH
If the Ryzen 3 3100 can be overclocked it will be a good budget option for a rig running more lightly threaded games. It is single CCX too,which should help with latency.

It's the proper ryzen branding, rather than athlon, so hopefully we'll be able to just turn on PBO and get usual zen2 speeds from the 3100
Posted by philehidiot - Tue 21 Apr 2020 18:01
B series with PCI-e 4. Going to be no reason to buy Intel shortly.