During the fabrication of a computer processor various CPU dies are put together to form today's multi-core CPUs, however they aren't all as capable as each other. Some computer chip cores will have slightly different voltage and power characteristics and perform better or worse than their brethren when put under strain.

Processors featuring Intel Turbo Boost Max Technology 3.0 can signal to the OS which cores are better than others, and which are the best - the favoured core(s). Thanks to a coming update to Windows (Windows 10 19H2), Microsoft's popular PC OS will be able to make use of Intel's favoured cores data and optimise processing to take account of it. 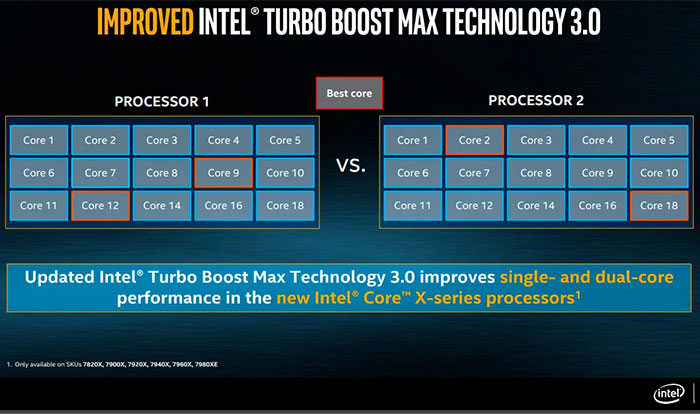 This level of OS - processor awareness means that software will be able to prefer the favoured cores and this will speed up processing by up to 15 per cent for single threaded tasks, according to Intel. If there are multiple favoured cores in your CPU, "to provide better performance and reliability, we have implemented a rotation policy that distributes work more fairly among these favoured cores," says the chipmaker.

If you are an AMD Ryzen user, Microsoft already tweaked Windows 10, with the release of 1903, to schedule workloads optimised for the best Zen cores per die, per CCX, and per package. You can check your best processor cores in the Ryzen Master utility software. 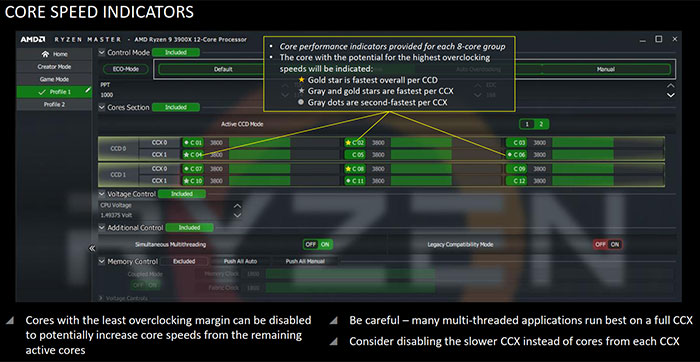 Posted by albert89 - Tue 01 Oct 2019 17:15
Oh great, unless you have a 10th Gen
Intel CPU then no prize for you. I guess
Microsoft was dragged kicking and screaming
to optimize for extra cores. Just like
when AMD brought out Mantle because Microsoft
wouldn't update DX11. In 2019 only 5% of games
run DX12 from the ground up. Software progress
at a snails pace.
Posted by kalniel - Tue 01 Oct 2019 18:50
Intel playing catch up - shame you need a future (on desktop) processor to use this, while AMD are already doing it…