Intel has announced that the Xeon W-3175X processor is available with immediate effect. This processor was first officially detailed back in October 2018. However, earlier in the year at Computex, it was the unnamed processor behind an Intel demonstration, overclocked to 5GHz with a 1770W water chiller unit attached. 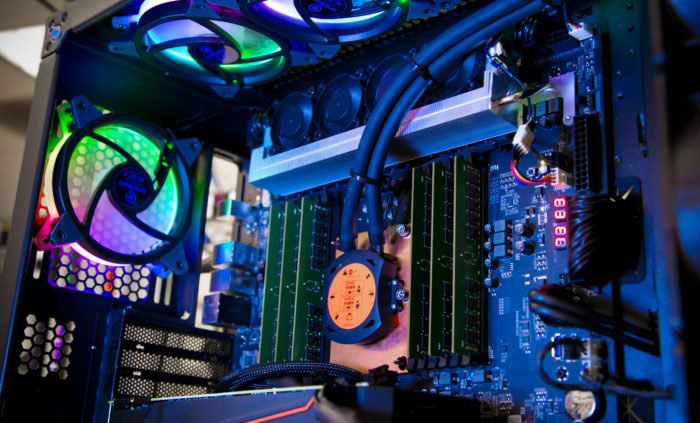 Headlining facts about the new Intel Xeon W-3175X processor are that it has the "most cores and threads, CPU PCIe lanes, and memory capacity of any Intel desktop processor". Furthermore, this powerful Xeon features: 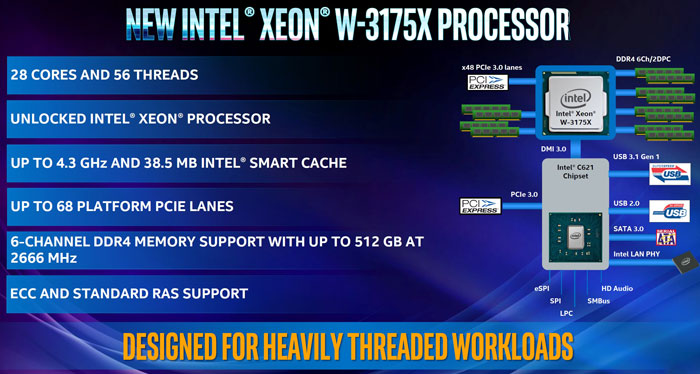 If you are interested in acquiring a new Intel Xeon W-3175X processor, it carries an MSRP of US$2,999. Intel directs potential customers to system integrators which regularly build powerful desktop workstations.

Quick off the mark, with this video recorded earlier this month, der8auer offers a closer look at the Intel Xeon W-3175X and the supporting Asus ROG Dominus Extreme motherboard in his lab.

Not content with running this multi-threaded monster on the LGA 3647 motherboard using common-or-garden tests, der8auer does some thermal testing of the new Xeon after delidding it and replacing its stock thermal paste with his preferred Liquid Metal TIM. 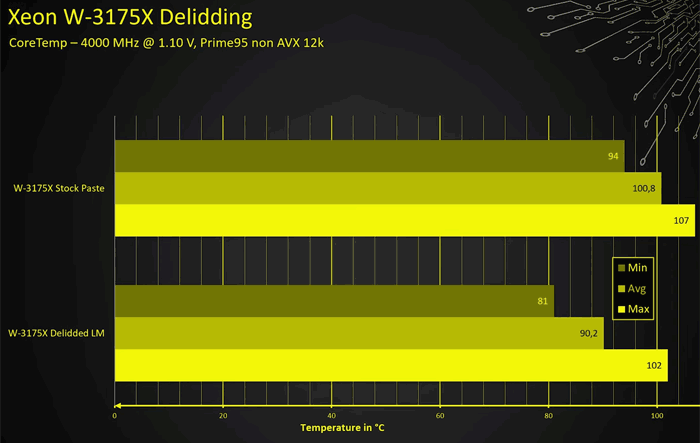 In conclusion, the thermals after delidding and switching the TIM weren't as drastic as with some other Intel chips. However, this large processor's coolest cores could be up to 13 degrees cooler, while the hottest core was 5 degrees cooler. On average the cores were almost 9 degrees cooler with Liquid Metal paste (see chart above).

Tunnah
The max temps being over 100c..is that normal for these high end Xeons ? Because that seems bonkers.

Tabbykatze
Those are some insane temperatures to be dealing with. Right on the thermal limit…

In my humble opinion, 107 degrees is at least 8 over the limit.