Intel is expected to launch a new range of mobile (U-Series) CPUs to take the place of its current-gen Kaby Lake-R processors in the coming days/weeks. The new processor range will be dubbed Whiskey Lake and will continue to be fabricated on the 14nm process, the same 14nm++ used for Kaby Lake-R, to be exact. However, the processors have been further optimised to deliver greater clock speeds within the same power profile. 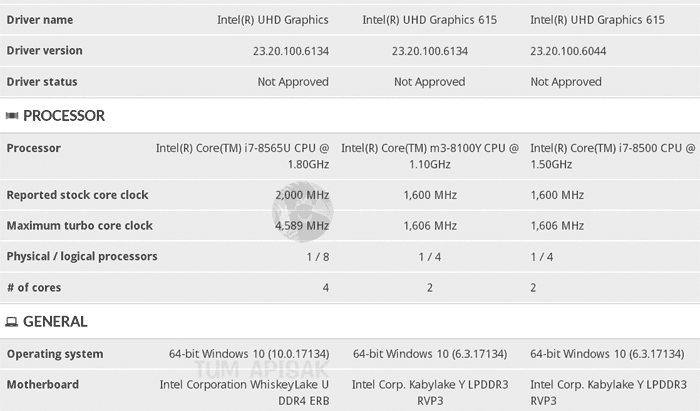 Thailand-based Twitter leakster Tum Apisak has again come up with the expedited goods. Tum shared images with details of the following: 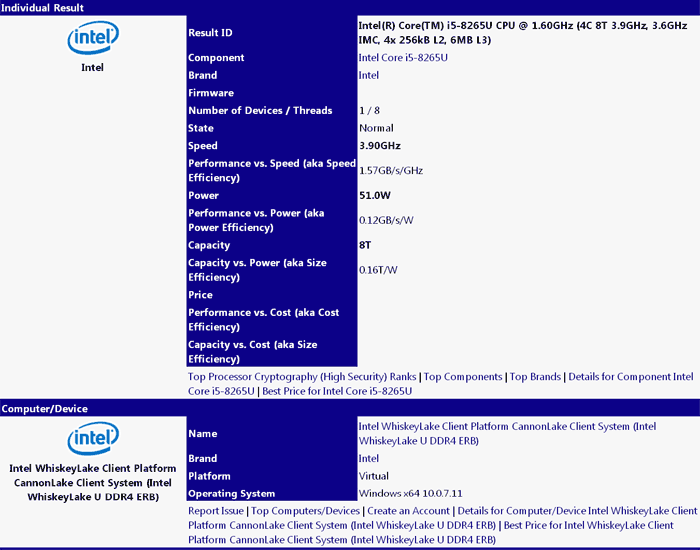 According to previous info from Intel, Whiskey Lake-U will deliver up to double-digit performance gains over Kaby Lake-R. Obviously the significant hike in turbo clocks achievable are major contributors to that performance.

Over at WCCFTech it was noted that both the new Whiskey Lake-U SoCs, detailed above, are advertised as powering the Haier Bo Yue series laptops. Pricing and availability for these Haier laptops has yet to be revealed - probably waiting for the nod from Intel.

Posted by Ozaron - Mon 09 Jul 2018 14:24
Made to look good on spec sheets, IMO, not in the real world. Why ask for a 15w TDP just to get a chip which aggressively boosts way up to 4.5GHz and overwhelms system cooling? I can feel fingers burning on notebook chassis from here.
Posted by ataru - Mon 09 Jul 2018 19:33
Damn straight. One minute you're opening Visual Studio, the next your crotch is on fire.
Posted by aniilv - Mon 09 Jul 2018 23:19
15w, hardly crotch burning…
Posted by acewing905 - Tue 10 Jul 2018 05:07
Registered just to say this. It will be very much crotch burning. I use a 15W Kaby Lake MacBook Pro and under heavy loads it goes well over 90 degrees Celsius. At that point the metal exterior becomes too hot to touch unless you like the idea of burning your hands. And that CPU isn't even close to this in terms of specs.
Posted by KN1GHT - Tue 10 Jul 2018 05:59
I find it hard to believe that pushing this thing to it's limits will keep to that exact TDP profile. Especially with Intel, TDP is nothing but a rough estimate. Lets see how these chips run under load.