A fortnight ago at the CES 2018 we shared AMD’s first reveal of its Ryzen desktop processors with Radeon Vega graphics. The AMD Ryzen 3 2200G and Ryzen 5 2400G APUs were sketched out with the bare essential specs of each processor shown on a slide. Now AMD has quietly updated its product pages to flesh out the information about these respective G-suffixed processors.

Above you can see a quick summary table highlighting some of the new information about the upcoming desktop APUs. We previously knew the CPU configuration (cores/threads, base/boost frequencies) so it’s good to get some more light shone upon the GPU configuration. 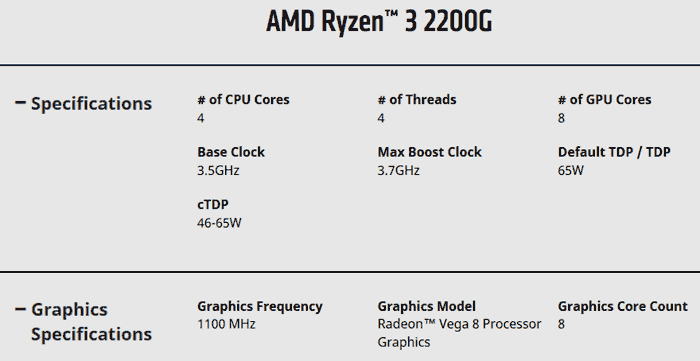 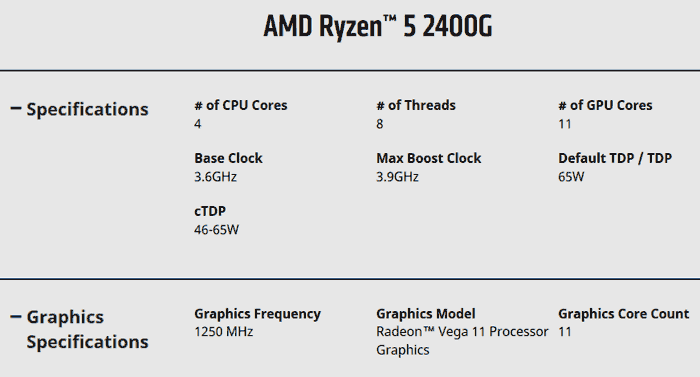 Whichever model of G-series APU appeals, it will have a default TDP of 65W (cTDP 46-65W). These socket AM4 processors support up to 64GB of dual-channel memory. AMD delivers the G-suffixed APUs with unlocked CPU base-clock multipliers.

So lots of interesting info about this new processor has been posted on German forums.