The (mainly) Intel CPU flaw saga continues today as Intel has emailed a statement to HEXUS about the performance impact concerns felt by computer users around the world. The same statement appears on the Intel Newsroom website, should you want to read it in full.

Meltdown and Spectre bug-quashing patches have now already be widely distributed across affected platforms. As the news broke we heard of possible negative performance impacts ranging from 5 to 30 per cent. Even in our initial report, we had some synthetic benchmarks from Linux-focussed tech site Phoronix demonstrating significant impacts, but much less so in its gaming tests. More and more organisations and people are now testing systems to see how they fare after the necessary updates and Intel has provided a summary for us; from big hitters like Apple, Microsoft, Amazon, and Google. 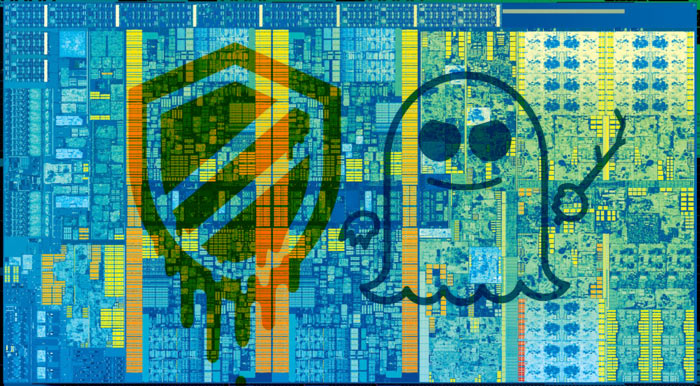 Considering all the above, Intel surmises that “the performance impact of these updates is highly workload-dependent and, for the average computer user, should not be significant and will be mitigated over time”. I’ve looked over some independent tests too, like from Guru3D, which reckons that for Windows 10 desktop PC users and PC gamers, the negative impacts are minimal and average about 2 per cent. Older systems might feel a greater impact, and server user experiences might be another story.

Intel’s actions since knowing about the CPU flaw.

Google Project Zero shared information about Meltdown and Spectre with Intel in mid-2017. Intel might have known about the issues ahead of this time but can’t deny its knowledge after that date. Nevertheless, two particular actions by the company and its executives are put under a fresh light due to these dates being revealed.

Secondly, Intel CEO Brian Krzanich sold $25 million worth of stock and options back in November, ahead of this CPU flaw news breaking. It is highly likely that the company CEO knew about the vulnerabilities of Intel processors while Intel investors and the SEC were in the dark about these soon-to-be-public problems. Of course the Intel share price hasn’t reacted kindly to Meltdown and Spectre. Currently, Mr Krzanich holds “just above the minimum level of stock required of him by Intel,” reports Sky News.

Apple - listing cherry-picked artificial benchmarks, which are simply ignoring everything that those benchmarks don't test.
Microsoft - forced patching of the affected areas to mitigate the issue.
Amazon - what about the “minority”.
Google - again if the majority are only affected negligibly, what about the minority.
Posted by Corky34 - Fri 05 Jan 2018 12:18
Seems odd for Microsoft to say nothing to see hear as their customers are reporting problems with their virtual machines.
Posted by Phage - Fri 05 Jan 2018 12:24

ByteMyAscii
Not even close to “minimal impact”.
Look at all 4 statements.

Apple - listing cherry-picked artificial benchmarks, which are simply ignoring everything that those benchmarks don't test.
Microsoft - forced patching of the affected areas to mitigate the issue.
Amazon - what about the “minority”.
Google - again if the majority are only affected negligibly, what about the minority.

They are clearly protecting their own Server/Cloud/Other businesses
Posted by philehidiot - Fri 05 Jan 2018 12:47
I honestly expect that ~90% of their customers will notice no difference whatsoever. Those running specific workloads will have problems but hopefully once the hole is sealed there will be optimisations released which will mitigate the impact. At the moment everyone is panicking for no justifiable reason. Wait and see what the real world impact actually is. At the moment we've got Which magazine putting crap all over Facebook implying that people will all experience around a 30% performance hit rather than explaining this was a synthetic benchmark on an OS that hardly any of their readers will use and employing a workload in a setting they're even less likely to use. Once the hole is sealed, they can work on optimisations for those people who are really impacted. For gamers, this just appears to be a non issue for the time being. We just need to be less dramatic about this - the security hole is clearly a major issue. The fallout should be manageable although there are some people who are going to have to use the opportunity to switch to Ryzen. In that case, I would say they should be reimbursed by a class action or something similar.

EDIT: What is going to happen to Intel is that people will probably stop buying their CPUs until new architecture comes out fixing the flaw. By the sounds of it, AMD won't have such issues.

EDIT EDIT: I do wonder if the CEO will be investigated for selling his shares with insider knowledge??
Posted by outwar6010 - Fri 05 Jan 2018 13:13
I thought this was the emergency fix and not the full one which is expected to cause a bigger difference… Also Hardware unboxed noticed fairly big differences in their m.2 speeds post patch.