Yesterday it was revealed that AMD and Tesla are working in partnership on a new computer chip to power AI for self-driving cars. Even though this news has just come to light a few hours ago, the collaboration must have been going on for some time as it has already seen some progress. An insider source talking to CNBC says that Tesla has already received samples for the first in-car processor from AMD/GlobalFoundries and "is now running tests on it". Understandably AMD shares have risen significantly in afterhours trading. 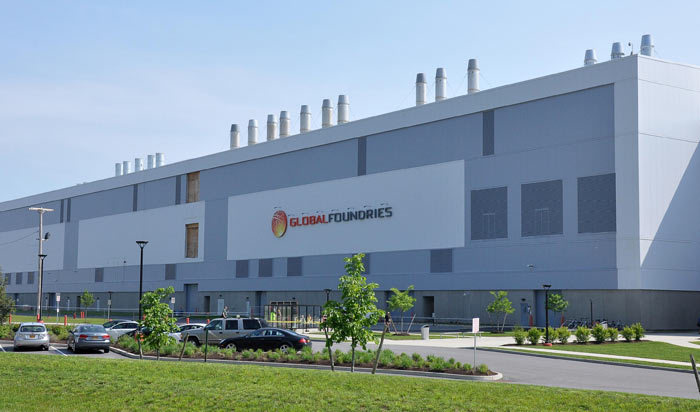 The CEO of chip fabricator GlobalFoundries, Sanjay Jha, presented at company's technology conference in Santa Clara, California yesterday. During his keynote Jha mentioned that Tesla was one of the companies now working with GlobalFoundries. In a subsequent statement GlobalFoundries denied that Jha had confirmed that the company was working directly with Tesla, and that it doesn't comment on customers or potential customers. Neither AMD nor Tesla has commented upon this story either, so far.

With the above arrangements brought to light but in question, CNBC dug around and found a "source familiar with the matter" to shine light on any arrangements between these tech companies. The financial-centric news organisation found that Tesla has already got its hands on the first samples from AMD and is running tests on the processors.

If tests prove successful it would mean Tesla would have greater vertical integration, with its own tech in the AI processor, rather than being so reliant upon Nvidia GPUs. Remember Nvidia supplies the processing power to run the current Tesla Autopilot systems. CNBC sources say that Tesla has over 50 employees working on the project with AMD. Notably one of the Tesla employees collaborating with AMD is the "chip star" Jim Keller.

Tesla CEO Elon Musk previously asserted that totally autonomous driving would be available to consumers by sometime in 2019.

Tesla and AMD partner on A.I. chip from CNBC.

Posted by Platinum - Thu 21 Sep 2017 10:16
Always wondered what Jim was going to do at Tesla, its all becoming clear :)
Posted by lumireleon - Thu 21 Sep 2017 10:29
Tesla have ‘noticed’ AMD compute capabilities but you will need an extra 1 hour of charge just to power it….Vega-Chronicles on wattage. Nvidia Pascal is amazing on power efficiency. I don't know what AMD is planning with Navi just maybe it will be at par with Pascal!
Posted by scaryjim - Thu 21 Sep 2017 10:49

lumireleon
Tesla have ‘noticed’ AMD compute capabilities but you will need an extra 1 hour of charge just to power it….

That you think this demonstrates a profound misunderstanding of the power curves of AMD's current processor lines.

When pushed hard to achieve peak performance yes, AMD's current CPUs and GPUs start burning a lot of power. But when you back off the clock speeds just a little, the power requirements drop exponentially. Remember that they have 32 core EPYC chips out there that can operate with TDPs as low as 140W, and ASUS have produced a laptop with an RX580 tuned to just 65W TDP. AFAIK that slow-but-wide approach is perfect for autonomous driving, which requires huge throughput of many relatively simple individual tasks.
Posted by deksman2 - Thu 21 Sep 2017 11:35

lumireleon
Tesla have ‘noticed’ AMD compute capabilities but you will need an extra 1 hour of charge just to power it….Vega-Chronicles on wattage. Nvidia Pascal is amazing on power efficiency. I don't know what AMD is planning with Navi just maybe it will be at par with Pascal!

AMD overvolted Vega and also pushed its clocks pretty high.
Essentially, you say Pascal is amazing on efficiency… that's because its made on a manuf. process optimized for high clock speeds, and in reality is just an overclocked Maxwell.
AMD made Vega on a manuf. process more suited for lower clocks.

Also, when undervolted and ovrerclocked on the core and HBM, Vega 56 beats 1080 in performance and draws less power than 1080.
Vega also reaches Pascal performance with much lower clock speeds btw… so what exactly does that tell you?

I am sick of people projecting this outdated garbage of ‘Nvidia has the efficiency crown’ when they don't understand the underlying manufacturing processes used behind both them and AMD and clock rates… let alone software optimizations (that can easily extract massive performance from the hardware… right now, Vega hasn't been optimized by developers at all).
Posted by lumireleon - Thu 21 Sep 2017 12:22
….current VEGA cards are 25% more power hungry at the same performance of a comparable Nvidia Card yet they use ‘efficient’ HBM2