be quiet! has updated its Shadow Rock CPU air cooler series with the new Shadow Rock Slim 2. This is a CPU air cooling solution that is pitched as providing "an impressive cooling capacity of 160W TDP… in a compact design". The new model supersedes the original be quiet! Shadow Rock Slim, but it isn't a lot different, the most significant changes being the move to direct touch heatpipes and a mounting kit change. 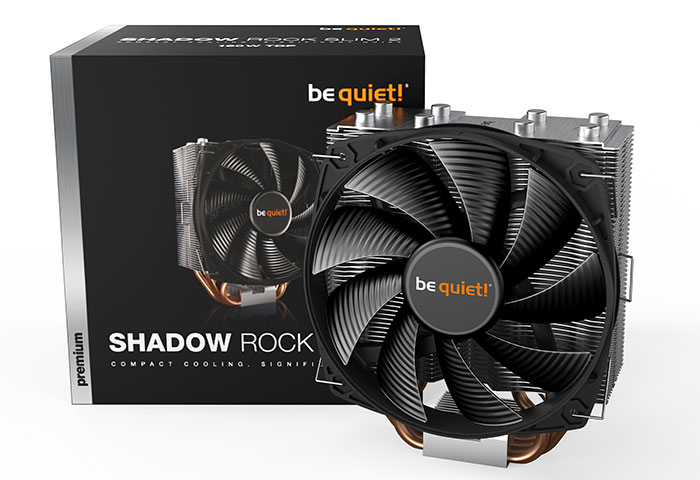 Key features of the new Shadow Rock Slim 2, as highlighted by be quiet! are as follows:

As I mentioned in the intro, the heatpipe configuration has been tweaked since the first gen. The original model had the same spec – with four copper 6mm heatpipes threaded through the aluminium CPU clock. However, this time around, the block has been ground down so that the cooler offers a direct-touch (with your CPU IHS) heatpipe configuration. 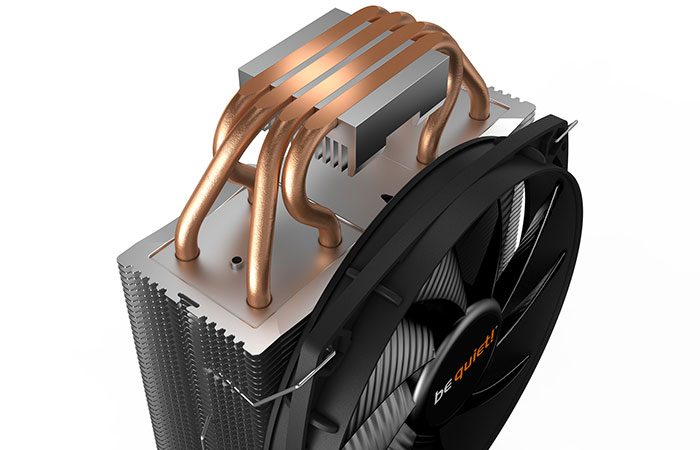 Another big change is in the mounting system / compatibility. The older model supported CPUs and motherboards dating back to the Intel LGA 775 and AMD 754 socket eras. Now, the Shadow Rock Slim 2 is compatible with the following: 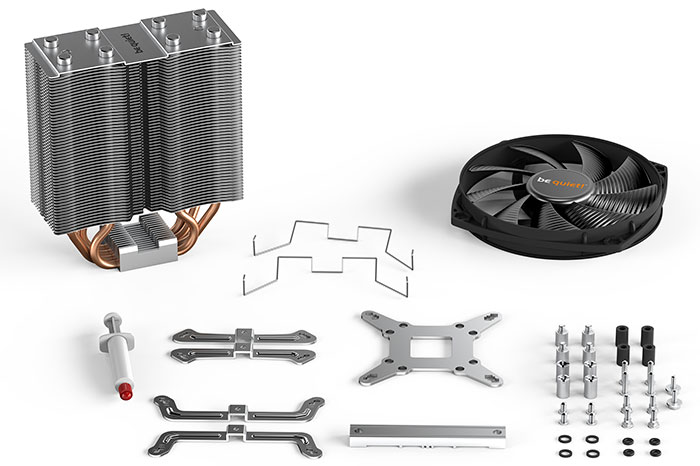 Nosing around for further intergenerational changes spotted that be quiet has stopped referring to the provided 135mm fan as a 'Silent Wings' model, though everything seems to be the same spec wise, in this respect (size, PWM speeds, power usage, noise profile). Lastly, I spotted that the new cooler is 40g lighter than its predecessor at 690g. Is the weight reduction accounted for by be quiet! grinding down the cooler CPU block to expose the heatpipes, and/or the new mounting gear? 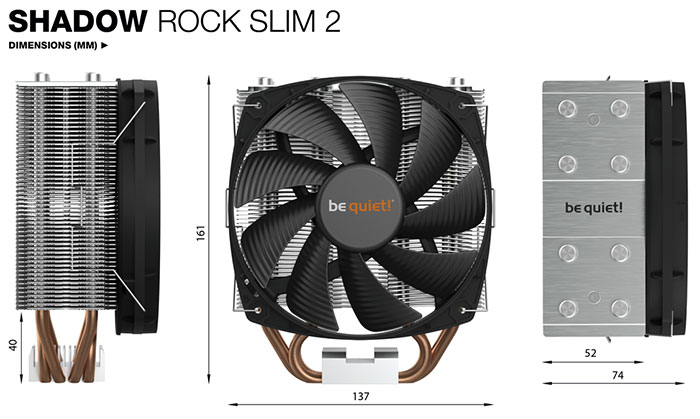