You are here:
Cooling Laptop News

Laptop PCs offer a challenging task for industrial designers with careful balances having to be struck between processing power and the heat dissipation capacity of these relatively thin and compact computer platforms. Gaming laptops and workstations might be the ultimate challenges, where the target market is often looking for a desktop replacement level of performance from something that is only 20mm thick or thereabouts.

As laptops have trended to even thinner and more compact dimensions it has become apparent that some processors are poor choices in that they really can't live up to their potential due to the laptop cooling capacity. For example, last year Apple refreshed its MacBook Pro lineup including a 8th Gen Intel Core i9 processor that performed slower than the previous year's Core i7 version. Of course the problem was thermal throttling holding back the i9, as confirmed by 'extreme cooling' the MacBook i9 by benchmarking it from a domestic freezer compartment. In this particular case there was a firmware problem too, thankfully ironed out with an update from Apple. 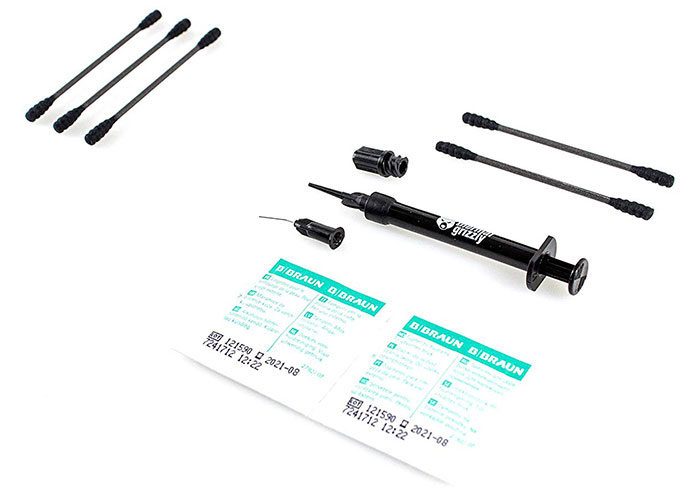 Looking at the PC laptop market, I've noticed more and more recommendations for people who buy new laptops to immediately open them up, re-paste them and undervolt them. Undervolting is relatively risk free but re-pasting could void your warranty and lead to a mishap or two - on a piece of sensitive electronic equipment which might have cost thousands. Wouldn't it be good if OEMs made laptops using quality thermal compounds as preferred by PC DIY enthusiasts? 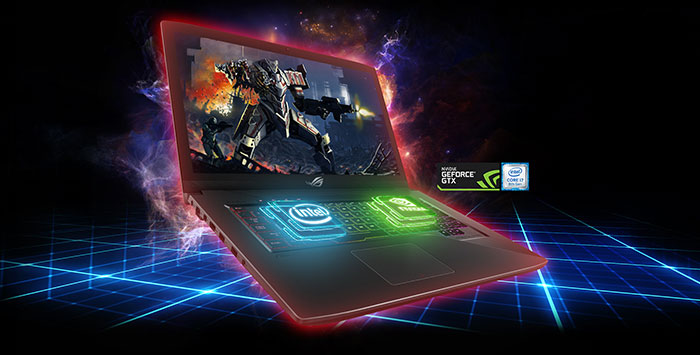 Earlier today Twitter's Momomo noted that Asus ROG has started to use "exotic thermal compound" with some of its new Intel Core i9 gaming laptops. You can see the detail on the product page here, if you expand the 'thermal' section of the web page. You will see that the Asus ROG G703, with Intel Core i9-9980HK, uses 'liquid metal' compound from Thermal Grizzly. Asus says that in its own tests that the liquid metal can reduce CPU temperatures by up to 13°C compared to standard thermal paste. Only the 9th gen Core i9 version of this laptop gets this special treatment. Interestingly, Asus says that the cooler block that sits on the CPU "has a special internal fence that prevents liquid medal from leaking out over time".

Looking though some other Asus laptops I found that the ROG Mothership (GZ700) with 8th gen Core i9 also features liquid metal thermal compound from Thermal Grizzly.

You can read more about Thermal Grizzly Conductonaut liquid metal thermal compound on the official product page. It is a particular favourite with der8auer, in regular PC builds, not those destined for sub-zero overclocking.

Last year Intel confirmed that it would ditch thermal paste in favour of soldered metal under the IHS for 9th-gen Core i9, i7, and i5 chips. We don't think this policy extends to any members of the 9th gen Intel Core mobile processor family.

Words from the wise: http://forum.notebookreview.com/threads/misjahs-guide-on-how-not-to-liquid-metal-repaste.805338/
Posted by excalibur1814 - Wed 01 May 2019 16:42
How about the oems actually just making adequate cooling systems instead of going for the, “omgz it's 4mm thin!” crowd? Fan noise and having to keep the thing in a fridge has always meant that I've skipped or sold laptops on.
Posted by lon3wolf2002 - Wed 01 May 2019 17:55
Where do we get these liquid medals from?

“has a special internal fence that prevents liquid medal from leaking out over time”.

lon3wolf2002
Where do we get these liquid medals from?

Good luck with that!…. I'll stick with something that is not electrically conductive.