You are here:
Storage Network Press-Releases 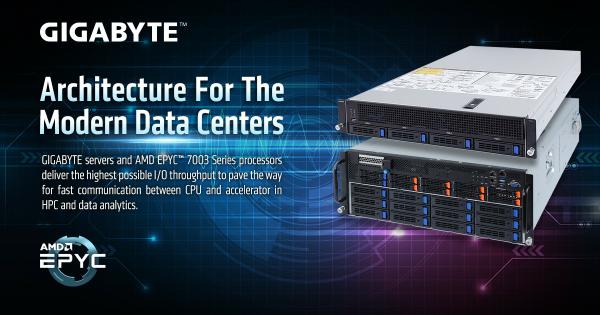 Based on the 7nm process node, AMD EPYC 7002 and 7003 Series processors support up to 64 cores and 128 threads. They also support up to 4TB DDR4 memory per socket, and up to 3200MHz DDR4. For fast PCIe 4.0 connections between CPU and drives or accelerators, 128-160 PCIe lanes are available. With the addition of the AMD EPYC 7003 Series processors comes:

GIGABYTE servers have been tested and are ready for AMD EPYC 7003 Series processors. The following is a list of models available in the 1st wave ready for the new generation of chips. Overall, these servers offer a commanding leadership position in per core performance and best TCO across workloads.