I just don't get this queuing stuff man. In the past couple of days two new gadgets have hit the shops and people have been queuing round the block just so they can get hold of one a bit sooner than their mates.

First there was the Nintendo 3DS. While there's no way I'd waste my Thursday night standing in street, I can sort of understand why people are getting all worked up about this launch coz it's something genuinely new - a glasses-free 3D display.

But it's still just a gadget, an object, a thing. It's not like you're queuing up to have a slash, or for food or to get on the only train out of town. This is a product the company has spent a load of dosh trying to get you to buy and they've made a ton of them. They're going to keep selling them for years, why do you have to have one now?

But the thing that really does my head in is the queues today for the Apple iPad 2. For the same reason as the 3DS I could sort of understand the queues last year coz it was the first tablet, but this one's just a bit better than the last one, so what's the big deal? Like I've said before, I'm gonna buy one but I can wait, you know what I mean?

Check out these vids from London - the Westfield centre seems to be the worst - people are climbing over each other like livestock just to get a ticket to the main queue! What cracks me up the most are the ones killing time by playing on their iPads. I don't even want to think about how it's gonna kick-off if they haven't got enough stock though.

But look, whatever floats your boat man. And total respect to Nintendo and Apple for getting people so worked up about their new gadgets. But you have to assume that these people haven't queued for so long for anything else in the past year, so in a way that makes buying one of these gadgets the biggest thing that's happened to them in that time. Really?

I have an Nintendo DSi XL… and I don't plan on getting a 3DS at all. I find it ridiculous to think people will be wasting perfectly good DSi's when getting a 3DS and more so when Nintendo hasn't bothered giving it any thought at all. Such a waste of resources.

As for the iPad, I know better than to get myself locked into anything Apple. I literally can't afford to use their closed system.
Posted by aidanjt - Fri 25 Mar 2011 18:56 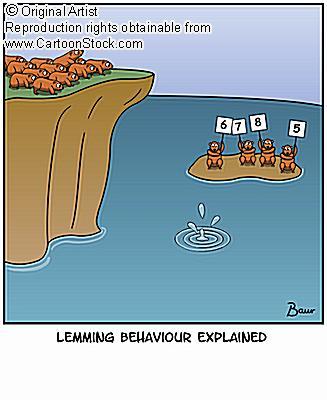 I mean there was only one person there in any of those videos who had a genuine revenue producing reason (at least he leads us to believe so) to queue early.

aidanjt
I'd wait in a queue like that if there was several hundred quid in it for me, not for me to fork out at least 400 quid for a massively inferior computation device with a £100 3G tax. Not on your life.

Maybe some of the people will sell their iPad on for uber profits??
Posted by MadduckUK - Fri 25 Mar 2011 19:07
don't worry, if you cant be bothered to wait in like you can just buy your place in the queue later on

want to make a bit of quick money? well you can just get there really early and sell your place in the queue later on

madness, from all parties.
Posted by cameronlite - Fri 25 Mar 2011 19:47
So there's on guy who *needs* it for his job and one guy who must have it because he owns every other prouct…

I'm sick of this world.