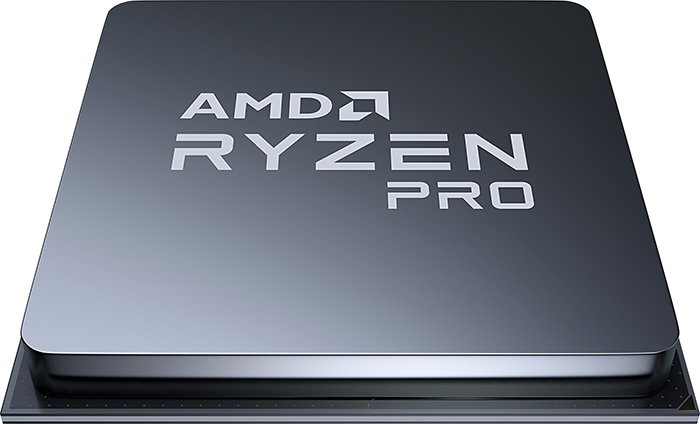 This article is sponsored by AMD

The 2020 global pandemic has fundamentally changed the way in which people work. Over the last nine months, millions of previously office-based employees have been working from home. Such a radical shift in practices has the put the onus on technology infrastructure to meet these evolved business needs.

It is no surprise, therefore, that laptops and PCs have been selling like proverbial hotcakes as companies scramble to procure hardware for cumulatively millions of employees who may not be back in an office for a while. On the laptop front, AMD and Intel have revamped their core business-focussed technologies to offer great performance and all-day battery life.

Building on the success of mobile Ryzen processors for high-performance laptops, AMD further introduced the PRO range in 2019 with three models based on the 3000 Series, followed by a further trio for the latest Ryzen 4000 Series in 2020. Available to larger-scale OEM customers looking to bring cutting-edge business solutions to market, Ryzen PRO generally matches regular processors' impressive performance whilst also offering additional security and manageability that's key to hassle-free deployment, maintenance and peace of mind.

AMD makes practically no performance compromise for PRO models. In fact, Ryzen 5 PRO 4650U and Ryzen 5 4600U are exactly the same from a speeds-and-feeds perspective, while the Ryzen 3 PRO 4450U has double the number of threads of Ryzen 3 4300U.

In a world where, historically, laptops have had access to no more than four computing threads for years, particularly limiting performance of thin-and-light notebooks, AMD sets the performance stall out in no uncertain terms. Any company opting for a business-class laptop powered by AMD Ryzen PRO will enjoy, at a minimum, robust responsiveness across a wide range of commercial applications. 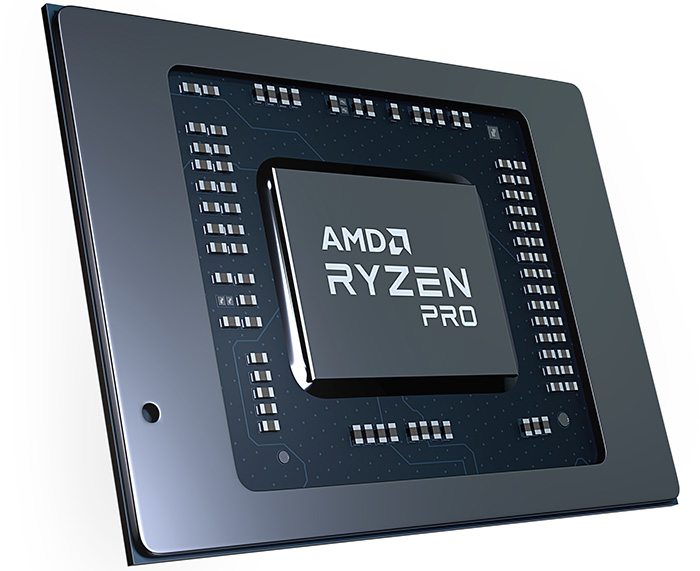 Appreciating that overall performance is likely to be very similar to a slew of Ryzen Mobile-powered laptops already available in the market - and we'll show just how good it can be in the performance section below - it is important to establish what else PRO brings to the table for the business user. Three facets set Ryzen PRO processors apart: AMD PRO security, AMD PRO manageability, and AMD Pro Business Ready.

Though all AMD processors since 2013 have Secure Technology baked into them, Ryzen PRO goes much further to mitigate against the growing number of memory-side attacks favoured by cybercriminals. In particular, every Ryzen PRO harnesses a technology solution known as AMD Memory Guard, which, as the name intimates, protects user data by encrypting the complete system memory contents on-the-fly. This encryption severely limits the scope of attacks to obtain user data held in system memory, which is one of the most common means to steal or access sensitive information in a business environment. Working in conjunction with the AMD architecture and Secure Processor and transparent to the operating system and software, Memory Guard provides IT administrators comfort in the knowledge that every Ryzen PRO laptop has an extra blanket of security that consumer laptops do not. Think Ryzen PRO, think security.

Not only does Memory Guard mitigate against full-on attacks to system memory, it also provides an extra layer of defence should a laptop get into the wrong hands. Most business laptops utilise some form of disk encryption that makes it difficult for non-authorised users to access what may be sensitive data. The keys for this encryption are stored in system memory, meaning it's possible to access them and decrypt drive contents. By having Memory Guard at the helm, as a system memory watchdog and protector, gaining access to encryption keys, within an encrypted environment, is outside the skillset of most cybercriminals. In summary, the ability to encrypt main system memory, which Memory Guard is built to do, has manyfold advantages to overall data security.

Large companies upgrade their IT infrastructure at scale. Managing potentially hundreds of laptops - or thousands, as is the case with the ongoing pandemic - brings with it many headaches that aren't naturally present for consumers. IT administrators require a simple and efficient means of deploying, updating and managing a multitude of laptops and desktops that will likely have different software and specifications.

Most companies use what is known as in-band manageability where the laptops are powered on and carry an operating system. Accessing in-band machines via a networked central console provides IT administrators a simple way to roll out across-the-board updates. Out-of-band manageability goes a step further and is able to access networked machines even if they are not powered on or have an operating system installed. Typically used to silently install critical security updates and provide diagnosis for failing units, out-of-band manageability is built upon a solid in-band foundation.

Out-of-band manageability is nothing new, of course, and AMD fully supports it with Ryzen PRO through compatibility with the open, web-based standard known as Desktop and mobile Architecture for System Hardware (DASH). By further integrating seamlessly with in-band management consoles such as Microsoft's System Center Configuration Manager (SCCM) and Endpoint Manager (MEM), Ryzen PRO provides a one-stop-shop for at-scale IT manageability. 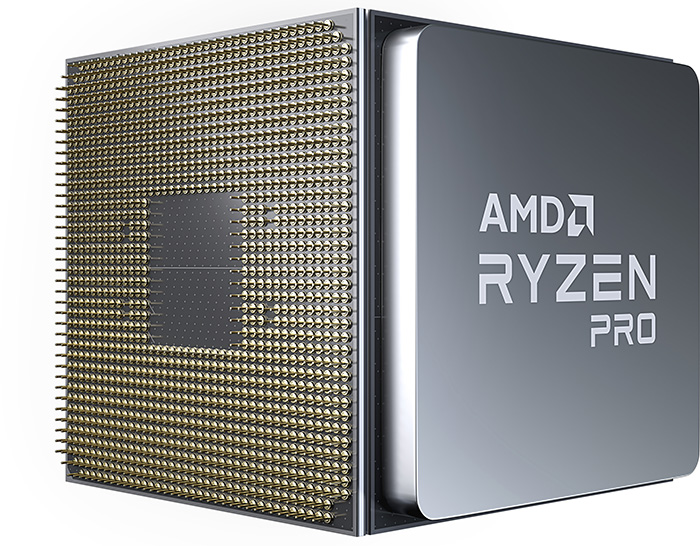 Another key requirement in the business space is technology longevity. Firms typically plan a longer upgrade cycle than enthusiasts or consumers in general. AMD backs Ryzen PRO with 18 months of planned software availability, 24 months of planned hardware availability, and offers feature consistency across the entire range. At the minimum, therefore, Ryzen PRO 4000 Series Mobile Processors all offer exactly the same security, manageability and business-ready features alongside chips imbued with capable onboard graphics and CPUs with at least four cores and eight threads. Knowing this, businesses can be confident that AMD Ryzen PRO offers the ideal solution for performance and security.

We've alluded to Ryzen PRO 4000 Series Mobile Processors mixing cutting-edge features with class-leading business features. Putting the former to the test, we have benchmarked the popular HP EliteBook 835 G7 Ryzen PRO-powered laptop against an HP EliteBook 840 G7 featuring Intel 10th Gen Core technology. There is little difference between the pair save for processor, which is the Ryzen 7 PRO 4750U and Core i7-10610U for AMD and Intel, respectively.

The single-core results represent a good proxy of how the laptops handle simple tasks. Both are competent in this instance.

The multi-core test is illuminating as it shows the significant extra muscle AMD has at its disposal with Ryzen 7 PRO. Offering double the computing threads as rival Intel, backed by plenty of frequency, businesses looking for thin-and-light laptops that can readily handle intensive applications are undoubtedly better served by AMD. Putting the Ryzen 7 PRO 4750U's truly impressive performance into context, it is over 40 per cent higher than the desktop Intel Core i7-7700K, which was the best consumer processor in January 2017. It's important to appreciate that opting for a business-class laptop doesn't come at the expense of performance - they go hand-in-hand with Ryzen PRO.

Crucially, battery life, which is arguably one of the most important performance metrics for on-the-road warriors, is also superb on the latest Ryzen PRO 4000 Series Mobile Processors.

AMD has introduced Ryzen PRO to meet the ever-evolving needs of small-, medium- and large-scale business customers who require laptop and desktop computers with leading security, manageability and performance. Focussing on the Ryzen PRO 4000 Series Mobile Processors, it's clear they meet the necessary brief in every area. Incumbent on any business looking to upgrade technology infrastructure, paying close attention to the latest Ryzen PRO processors is a must because they offer a no-compromise solution, from leading vendors, at attractive price points.