Yesterday you might have read the HEXUS report on the GPD Win 3 PC gaming portable which looks a bit like a Nintendo Switch but incorporates a sliding screen to reveal a physical keyboard. Around the same time as we published that report Aya's similar, but interestingly different, UMPC became available for order in China.

Above you can see the official Aya Neo Founder Edition UMPC launch video. It is in Chinese but there are burned in English subtitles, so you don't even have to fiddle with toggling them on. As it says in the video description, the machine is a China exclusive for now, and there may be a crowdfunding sale coming up, as well as worldwide distribution.

The form factor will be immediately familiar, it looks a bit like a Nintendo Switch, with its wide screen flanked by grips packing joysticks and buttons. The transparent casing and overall look reminds me of a Game Boy Advance I once owned too. On the topic of looks, this 255 x 106 x 20mm and 650g machine includes RGB lighting. 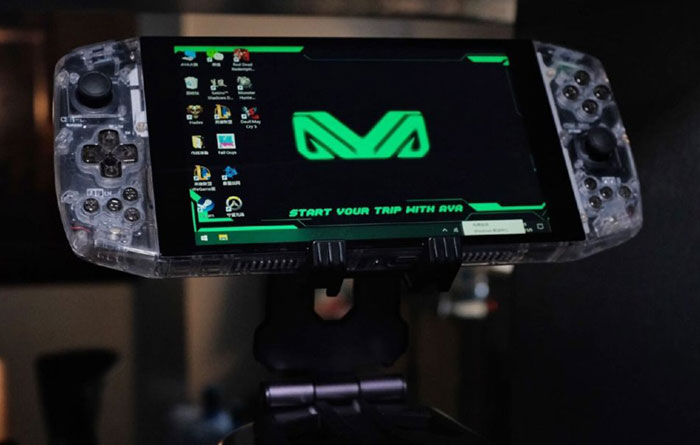 While the Aya Neo Founder may lack any kind of built in keyboard (in contrast to the GPD Win 3), it has some hardware design choices that may be widely judged to be superior. First of all, it is hard to argue that the larger 7-inch 800p IPS touch display is better than the 5.5-inch choice of the GPD Win 3. Secondly the controller section includes gyroscope and gravity sensors that are absent from GPD's design. 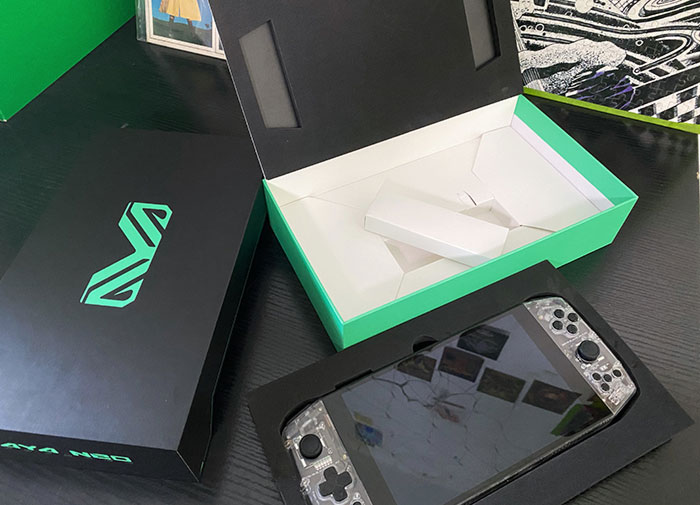 Inside the Aya Neo Founder designers have plumped for the AMD architecture. This device is based around the AMD Ryzen 5 4500U APU which features 6C/6T, boosting as high as 4.0GHz, plus a Radeon RX Vega 6 GPU (384SPs) running at up to 1.5GHz, in a 15W package. Other important hardware specs are the 16GB DDR4-4266 LPDDR4X RAM (soldered), 512GB NVMe SSD (upgradable), Wi-Fi 6, Bluetooth 5, 3x USB-C, stereo speakers, 3.5mm audio, and 47Whr battery with fast charging. 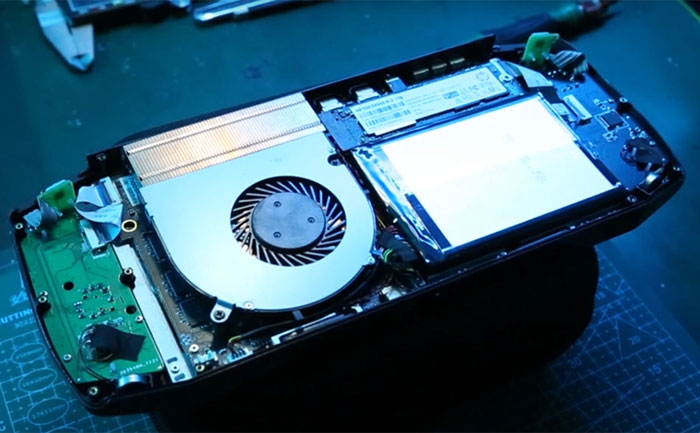 Current retail prices are around US$600 for the above listed 512GB version, but a 1TB option is available for around $680. Aya will show off its Neo Founder UMPC at the WePlay show in Shanghai on 14th November.

Posted by KultiVator - Tue 10 Nov 2020 16:13
I must be getting old - as much as I want to see AMD APU's/RDNA2 chipsets turning up in small and unusual form-factors, I just see the plasticky case and buttons on that thing and feel sad that some poor git is gonna buy this and suffer a serious case of buyer's remorse within days or weeks when they try to get some support.
Posted by Nifl - Tue 10 Nov 2020 16:34
Gives me that cheap aliexpress psp case feel :D
Posted by 3dcandy - Tue 10 Nov 2020 16:49
however cheap it looks it's still a good spec!
Posted by protagonist - Tue 10 Nov 2020 21:38
Fantastic spec. Most definitely suspect build quality..