GPD has announced the Win 3 ultra mobile gaming PC. Japan's PC Watch likened the design to that of the VAIO type U, but for those not familiar with that device I think it is better described as being like a Nintendo Switch but the screen slides up to reveal a physical keyboard. In the main picture below you can see it with slider open perched upon its dock. 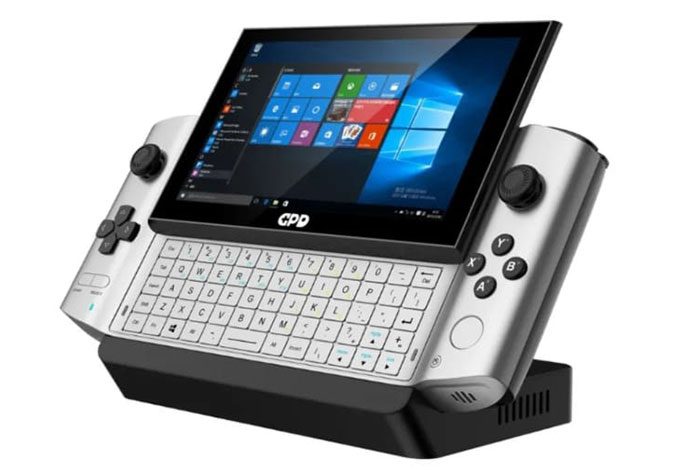 One of the headlining specs of this UMPC is its Intel Core i7-1160G7 processor. This is a 7-15W Tiger Lake part built on the 10nm SuperFin process. It boasts 4 cores and 8 threads and runs at up to 4.40GHz turbo. Importantly for a portable gaming device, this SoC packs Intel Iris Xe graphics with 96EUs and a max clock of 1.10GHz. The platform supports Thunderbolt 4, PCIe 4.0 and can accommodate up to 32GB of LPDDR4x-4267 RAM (16GB present in this device).

I found that Liliputing has already put together a clear specs table, and you can look through these important details directly below:

While it must help with portability, the 5.5-inch screen seems small even by smartphone standards. Moreover the 720p resolution is basic but will help 3D PC games perform perkily when run at this natively. 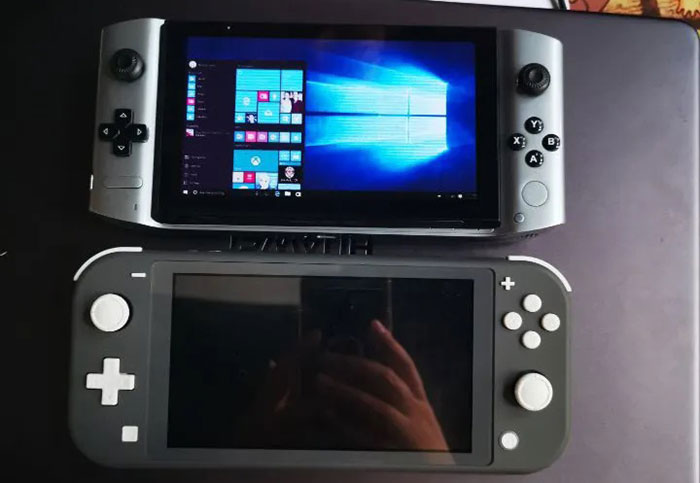 Even in its small niche the GPD Win 3 PC gaming portable is coming up against growing levels of competition. Liliputing notes that rival One Netbook plans to release a OneGx Pro mini-laptop with a Tiger Lake-Y processor soon, and the AYA Neo handheld with AMD Ryzen 4000U processor with Radeon graphics is on the way too.

The release of the GPD Win 3 PC gaming portable is still several months away and we thus we don't have any pricing indicators at this time. Furthermore, it is possible specs could change between now and the eventual release.

HEXUS
likened the design to that of the VAIO type U

Yup, that was my very first thought. A hideous device that….. just, no.
GPD are losing me with this one.
Posted by Tabbykatze - Mon 09 Nov 2020 14:21
Now that is cool, but the weird bumpy curves ruin it for me. This format looks great on the switch because it's all flush.
Posted by Yoyoyo69 - Mon 09 Nov 2020 15:04
I don't think I could get away with using the keyboard personally, but this is probably one of the better setups I've seen, if you're looking for this kind of thing.
Posted by philehidiot - Mon 09 Nov 2020 16:23

Yoyoyo69
I don't think I could get away with using the keyboard personally, but this is probably one of the better setups I've seen, if you're looking for this kind of thing.

My first thought. I'd have said some kind of tilt screen like on the HTC TYTN II would work to allow the device to be laid flat and used as some bastardised laptop.
Posted by Ttaskmaster - Mon 09 Nov 2020 18:56
Having a usable keyboard, and thus essentially a mini PC that just happened to also be capable enough for some decent gaming, was supposed to be GPD's big selling point, I thought….
If this really does end up like the aforementioned UMPC, it'd be nigh-on pointless except as a glorified thumboard.