On Tuesday next week Apple is hosting an education focused event at Lane Technical College Prep High School in Chicago. In the first such event since 2012 it is expected that Apple will introduce new low-cost iPads and education software. Bloomberg reports that the previously rumoured cheaper entry-level MacBook laptop probably won't be unveiled at the same time, simply because it isn't ready yet. If you remember our recent report on the cheaper MacBook, it is likely to arrive in June. 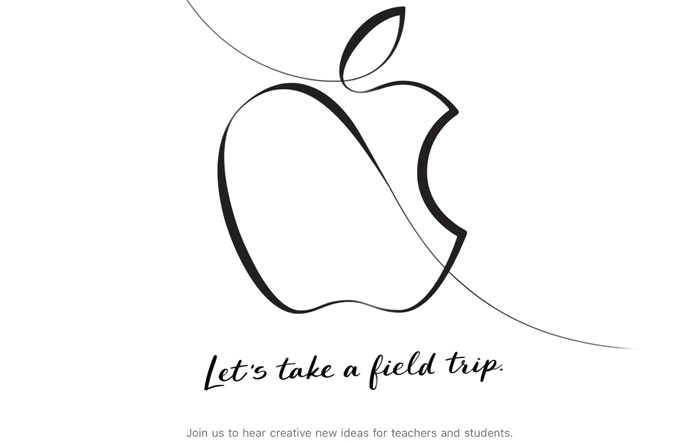 The 27th March Apple education event was teased last week as being a platform for "creative new ideas for teachers and students". Bloomberg sees the event as a move to "win back students and teachers from Google and Microsoft Corp". This market is worth approx $18 billion globally. The most recent data shows that Apple devices only account for 17 per cent of mobile computing shipments to US students (kindergarden to high school). Thus Bloomberg reckons the new version of Apple's cheapest iPad will have something to appeal to the education market. 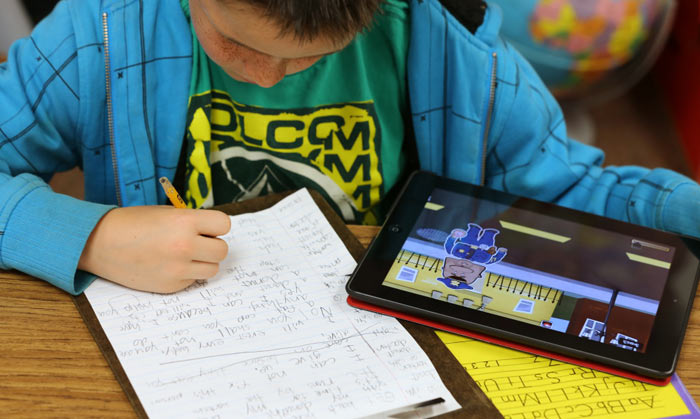 Last year Apple launched its cheapest ever 9.7-inch iPad. Sticking to US dollars figures for now, the 2017 iPad was launched at $329. However there have been reports that the 2018 version will sell for as little as $259. Apparently, thanks to devices like the cheaper 2017 iPad, Apple's tablet business has returned to growth after multiple declining quarters. It will be interesting to see the specs of Apple's new entry level tablet.

Posted by LSG501 - Fri 23 Mar 2018 16:00
“Apparently, thanks to devices like the cheaper 2017 iPad, Apple's tablet business has returned to growth after multiple declining quarters. It will be interesting to see the specs of Apple's new entry level tablet.”

Who would have thought that lowering prices would encourage more people to buy them…. it's not like apple products are ‘overpriced’ compared with other products which can do the same thing or anything…
Posted by kingpotnoodle - Fri 23 Mar 2018 17:13
Apple, please, an iPad Mini that's not over £400. Why no replacement for the Mini 2?

The Mini is the perfect size for my 3 year old, in a thick rubber case she can still hold it OK. The larger iPads are just too big once encased, and £329 is still a lot of money to spend on something to give to a pre-schooler.
Posted by excalibur1814 - Sat 24 Mar 2018 13:08
“Why no replacement for the Mini 2”

Umm? That was the iPad mini 4?
Posted by TeePee - Sat 24 Mar 2018 13:25
There's one reason I want an iPad. An App called ‘Forefight’. The $400 cost of an iPad scared me off, and instead I use a $79 Android Tablet with an AP that does the same thing, but I don't like as much. $200 for an iPad would make it worth it to switch. Except, Foreflight itself is another $300 a year for the same functionality as my free Android AP. I don't like it that much.

There's more benefits to Android than just the availability of cheap devices and comparative performance.
Posted by kingpotnoodle - Mon 26 Mar 2018 14:24

excalibur1814
“Why no replacement for the Mini 2”

Umm? That was the iPad mini 4?

A year or so ago the Mini 2 was available for around £200, but Apple did away with it and now only the overly expensive Mini 4 is available and there is no low cost mini iPad option.