Ofcom has been measuring radio frequency electromagnetic field (EMF) levels around the UK for many years. It has consistently found that EMF emissions are well within internationally agreed safety levels published by the International Commission on Non-Ionizing Radiation Protection (ICNIRP). With the advent of 5G it was felt that it was time for yet another survey and EMF, and this time Ofcom's researchers concentrated their measurements near 5G-enabled mobile phone base stations. 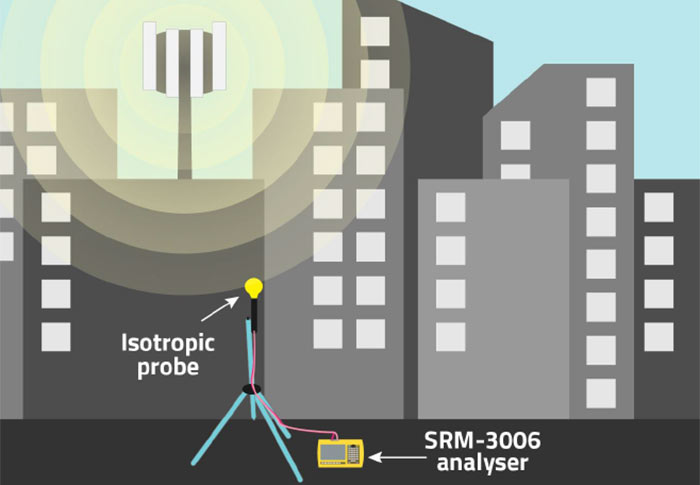 "We have carried out EMF measurements at 16 locations in 10 cities across the UK, including Belfast, Cardiff, Edinburgh and London," wrote Ofcom in a report (PDF file link) on its latest results, published on Friday. "We have targeted this first set of measurements in areas where there are likely to be high levels of mobile phone use, including in and around major transport hubs and shopping centres."

Even though it was clearly looking for the most 'dangerous' 5G network areas, results indicate very low levels of EMF from 5G equipment. The highest level of EMF was 1.5 per cent of the maximum safe level as judged by the ICNIRP. Furthermore, "the contribution of 5G to the total emissions level observed is currently low – the highest level we observed in the band used for 5G was just 0.039 per cent of the reference level," noted Ofcom in its report. 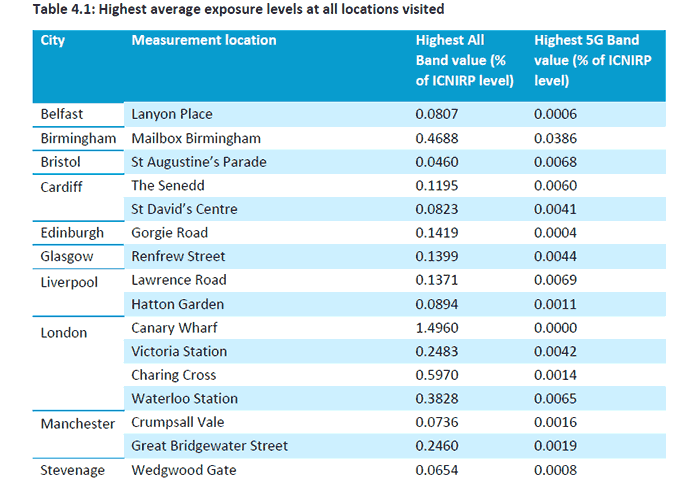 5G network deployment has been met with various scare stories and rumours of dangers to health. The BBC reports that there are a number of local councils in England which have voted to keep their regions '5G free', and there are even people who connect the coronavirus outbreak in Wuhan to the deployment of 5G services there. Ofcom's recent research will probably butter no parsnips for a certain crowd. Meanwhile the New York Times reports that all the "blossoming anxiety over the professed health risks of 5G technology can be traced to a single scientist and a single chart," which is wrong due to a glaring error.

With deployment and take-up of 5G at an early satge, Ofcom has pledged to continue its EMF surveys to monitor trends in existing and new areas. It will continue to publish measurements as and when they become available.

Posted by tunrip - Tue 25 Feb 2020 11:30
“Ofcom's recent research will probably butter no parsnips for a certain crowd” This sentence is outstanding and sublime.
Posted by [GSV]Trig - Tue 25 Feb 2020 11:37
Mmmmm buttered parsnips, have to do them in the oven though as there just isn't enough microwaves in the air to do the job…

Wonder if we'll be able to use the microwaves from 10G to power cars in the future, as long as we're all wearing tinfoil hats so it doesn't fry our brains first…
Posted by ohmaheid - Tue 25 Feb 2020 11:46
“”the contribution of 5G to the total emissions level observed is currently low" Very reassuring, since there is vitually no 5g coverage in the UK as yet. There's also the fact that 5g requires many, many more base stations than 4g does.
Thank god i live in the sticks…
Posted by Ttaskmaster - Tue 25 Feb 2020 12:12

'[GSV
Trig;4178813']Mmmmm buttered parsnips, have to do them in the oven though as there just isn't enough microwaves in the air to do the job…

Another sticks dweller here, so not worried about frying my brain along with my bacon… at least until they bulldoze our paradise to make way for another housing estate, with 5G antennae everywhere.
Posted by stevie lee - Tue 25 Feb 2020 12:33
wonder if they note what manufacturer the 5g mast was, is hauwei less EMeffy that the others?

and how many people were using the 5g when they measured. the levels may get higher the more people are connected.