Ofcom, the UK's telecommunications regulator, has announced it will ban a mobile network device configuration practice that has caused a great deal of customer friction over the years. A range of new rules were outlined by Ofcom today which include an upcoming ban on the sale of network locked phones. A number of UK mobile networks and MVNOs already have abandoned this practice, however some companies – including BT/EE, Tesco Mobile and Vodafone – continue to sell locked mobiles.

Networks started to lock phones to their network to discourage customer migration when their contracts were up. The practice of locking phones was even more prevalent in the PAYG market where mobiles could be used as a loss leader, and the network would recoup income from the subsequent sale of topups.

While there might have been some benefit for customers - cheaper PAYG devices for example - locked phones were/are mostly a burden on consumers. As Ofcom notes, the device lock makes it harder to switch networks. To unlock a device it might cost £10 or so, which isn't a lot, but the process might be too complicated for some. Others might not even know their modern and capable smart device is locked to a network and migrate to a new provider only to suffer loss of service while they sort this issue out. Moreover, if you ever want to sell on your used device, a locked sample will attract less interest and be worth less than an unlocked one.

No mobile network provider will be able to sell locked mobiles from December 2021.

Ofcom says the above locked mobile ban is just one of a number of measures that are being introduced to reflect new European rules - to make network switching easier and make sure customers are treated fairly. Another major change you will find is when you sign up for a mobile contract you will be able to get a summary of the main terms of your mobile and/or broadband contract in writing. This summary will make plain a number of important contract features such as contract length and pricing. 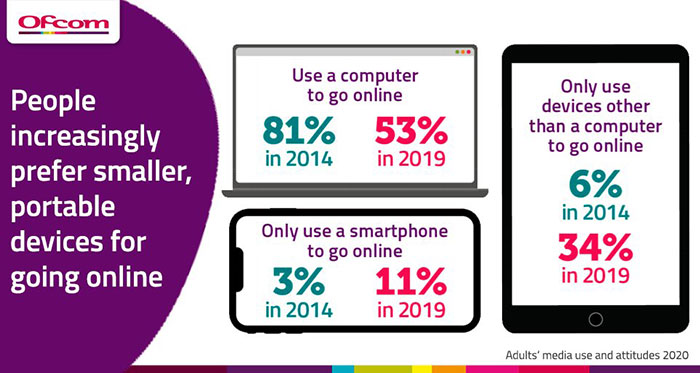 On broadband specific changes Ofcom says that it will make switching simpler for those switching from Openreach backed networks to the likes of Virgin Media, CityFibre, Gigaclear or Hyperoptic. The watchdog will shortly be consulting on this and will come up with more detailed proposals at a later date.

Tbh, it should have happened donkeys years ago.
Posted by Ttaskmaster - Tue 27 Oct 2020 12:15
Just means they'll find more insidious ways of filling your phone with cack.
Posted by Output - Tue 27 Oct 2020 23:22
I thought the networks had already decided this and stopped locking the phones at least 5 years ago anyway, but as the article states, apparently there were still a few doing it for some reason.
Posted by [GSV]Trig - Wed 28 Oct 2020 09:16
Some networks would lock phones when you put their SIM in, get a nice new shiny unlocked phone from Apple, put a certain SIM in it and it would lock to that network..

'[GSV
Trig;4267090']Some networks would lock phones when you put their SIM in, get a nice new shiny unlocked phone from Apple, put a certain SIM in it and it would lock to that network..

That one sounds like it's how Apple specifically designed it to be though, rather than specifically the network side.

Although at the same time it wouldn't surprise me if the US mobile networks demanded that kind of thing originally.