Panasonic is to launch two new smartphones and a tablet in Japan which can interact with its household appliances such as ovens and rice cookers, far beyond the typically expected interactivity with media playing devices like TVs and video recorders. The company demonstrated the wide range of interactivity at an event in Tokyo. A smartphone was shown beaming a downloaded recipe to cooking appliances, being used to control TVs and video recorders and being charged wirelessly via other Panasonic brown goods. Please watch the video below to see the capabilities of the new phones in action.

Both the new Japanese Panasonic ELUGA (Elegant User Gateway) smartphones will feature 1.5GHz dual core processors and run Android ICS. One features a 5-inch screen and the other a 4.6-inch screen. These phones are water and dust resistant which is emphasised by the European marketing photographs. The Eluga Live is a 10.1-inch 1280x800 IPS panel tablet made to complement the range. 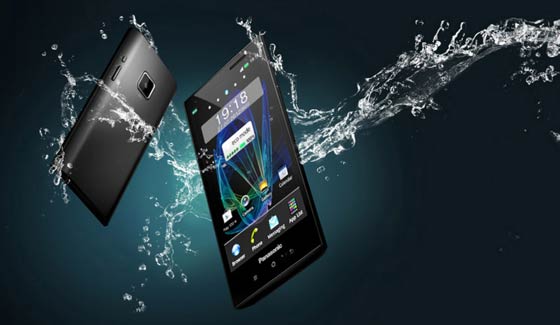 Panasonic launched Eluga smartphones in Europe earlier in the year, however the multiple household appliance control and interaction wasn’t featured as in the above Japanese promotional video. The interactivity of European devices was limited to TV and entertainment systems via “Swipe and Share, letting users wirelessly ‘throw’ pictures from their phone to a TV or cloud service, or stream movies from their phone to a TV. The VieraRemote app also enables the phone to be used as a remote control for other electronic devices in the home (such as a Viera TV, DIGA Blu-ray player and recorder, home cinema system, or digital still camera).” Actually there are so many differences to the Japanese phones in hardware and software that earlier reviews seem to have little relevance.

The way these Panasonic household appliances and entertainment devices work together is one way the company hopes to lock consumers into its brand. Panasonic has been absent from the European mobile phone market since 2005, now it’s good to have them back competing in Europe. I, for one, would welcome the Japanese style household integration features in Panasonic’s European smartphone range. 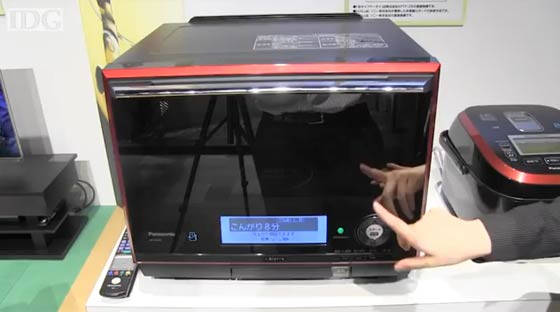 Blend of features, flat display and price may appeal to a sizeable segment of the market.

Steve
I don't have a rice cooker you insensitive clod!

I'm hoping I'm not the only one thinking it's a good size for a smartphone screen - I think LG have made one but wont' be selling in the UK :(

amjedm
I'm hoping I'm not the only one thinking it's a good size for a smartphone screen - I think LG have made one but wont' be selling in the UK :(