Apple has announced a special event, which will be held on 12th September, at the Steve Jobs Theatre in the firm's Cupertino HQ. The press invites asks invitees to 'Gather round' at 10am PST on that day, using an obvious reference to the new HQ design but it doesn't seem to have any deeper teasing meaning. 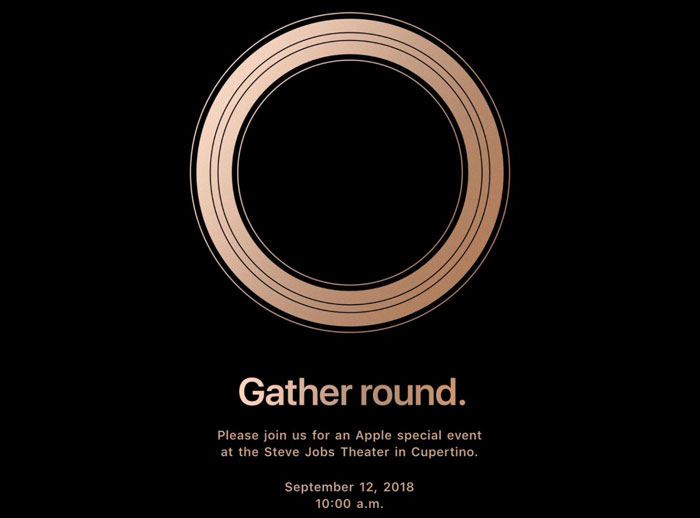 It is expected that Apple will use the event to show off new iOS hardware. A recent Bloomberg report citing insider sources claimed that there will be three new iPhone models launched, with all of them borrowing from the iPhone X design of full-screen plus notch.

The most expensive iPhone XS will be a 6.5-inch screen model, says Bloomberg. Then there will a straight 5.8-inch upgrade for the current X model. Both these models use an OLED screen.

Perhaps under a different suffix than 'XS' will be the middle sized, but cheapest, new 6.1-inch LCD iPhone. This model will be available "in multiple colours, and sport aluminium edges instead of the iPhone X's stainless steel casing," says Bloomberg. Looking at Apple's past this could be 'C' suffixed.

In further details about the new iPhone trio, we hear that they will feature the iPhone X gesture control system and Face ID. Some regions will get some of these phone models in dual-SIM variants.

Turning to other expected Apple announcements, updated AirPods, an AirPower wireless charger, a new Apple Watch, and revamped iPad Pro tablets could well feature at 'Gather round'. From Bloomberg we learn that the Watch could feature a much larger screen, and the iPad Pro tablets will use slimmer bezels, removing the Home button for an iPhone X style UI and experience plus Face ID.

9to5Mac shared a few exclusive photos a few hours ago which it claims show off the two new iPhone XS designs (above) and the new Apple Watch Series 4 (below). The source's information suggests that a new gold colour will be available for this (5.8-inch and 6.5-inch OLED ) iPhone XS design. 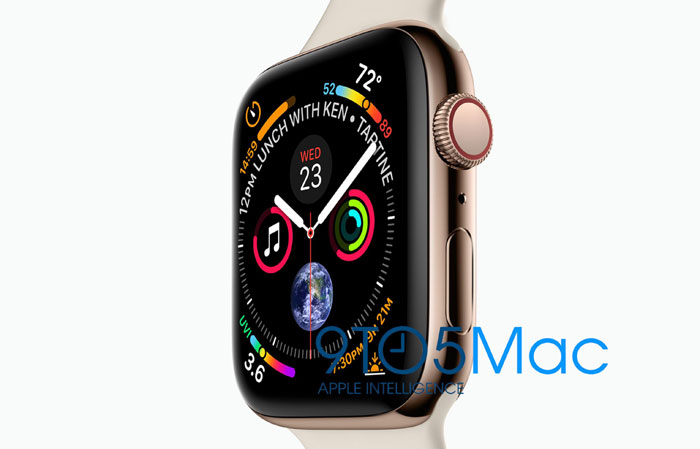 With regard to the Watch 4, the biggest change will be the edge-to-edge display. With a larger display "way more information," can be shared than on current Apple Watch faces. Lastly, the picture above shows what could be an additional microphone between the side button and Digital Crown.

And the two tech titans clash on iOS 14 out of app tracking defaults.

It has doubled in value since becoming the USA's first trillion dollar company in Aug 2018.

https://www.youtube.com/watch?v=9BnLbv6QYcA
Posted by [GSV]Trig - Fri 31 Aug 2018 13:26
A laptop with no keyboard, which some call a tablet, that they said they invented in the first place, but didnt, sounds about right..

They should have kept the name iPad Pro free for any sort of tablet/Surface device they had in the works and just had the iPad XL or something, or MaxiPad lol, no idea why they haven't done it before now, artistic types would of flocked too it, now I think it might be a bit late to the party and not be as good a seller as they'd hope..

Please, do go on.

I read it in a patronising teacher voice. “Now children, gather round, that's it, sit down on the floor. It's lunch money robbing time because us teachers don't get paid enough”.

I'm very grumpy and cynical right now. Lack of sleep, blurry vision…. oh and running late on opiates. That'd do it. It's drug time children! I'll be more chirpy in a few minutes.