Microsoft held its Xbox Games Showcase yesterday evening. The event was meant to showcase the "riveting, fun, and mind-blowing experiences," coming to next gen gamers this holiday season. A plethora of big name titles were showcased at the event including 10 world premieres and 22 games being built to launch exclusively on Xbox consoles. 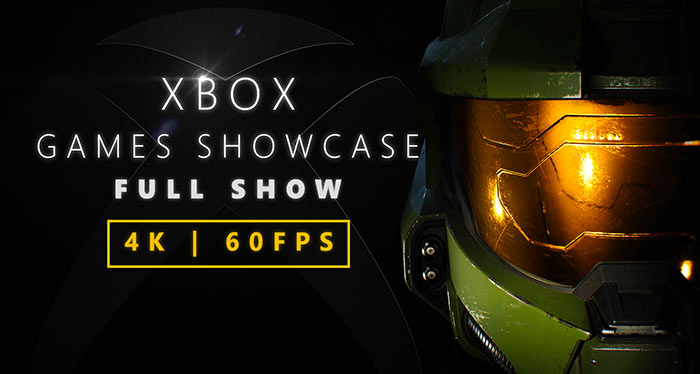 Before we look over some of the big name game reveals, a senior Microsoftr exec has seemingly confirmed a November launch. We knew the console would be available for the 'holiday season' this year, but it is good to narrow it down to the 11th calendar month. Bloomberg reporter Dina Bass hoodwinked this info from Microsoft CFO Amy Hood, who (perhaps inadvertently) confirmed a November release.

There were lots of games showcased last night including titles such as Halo Infinite, As Dusk Falls, Fable, Forza Motorsport, Phantasy Star Online 2: New Genesis, S.T.A.L.K.E.R. 2, and State of Decay 3. As well as some updates on highly anticipated games such as CrossFireX, Destiny 2: Beyond Light, and The Outer Worlds: Peril on Gorgon. You can read through the full list of games showcased on the Xbox Wire.

If you would prefer to go straight to the videos, you can watch the full hour long showcase embedded below, with other languages available. This link takes you directly to the official Xbox YouTube site where there are individual video reveals, trailers, and demos too.

It will be interesting to hear if HEXUS readers are impressed by the Xbox Games Showcase. AMD's CEO Dr Lisa Su, seemed to be delighted by it. After the event Su Tweeted "Congrats @Xbox @XboxP3 - incredible showcase today. Loved seeing @Radeon RDNA2 + AMDRyzen in action during #XboxGamesShowcase".

22 games being built to launch exclusively on Xbox consoles

And PC for several of them:p Not exactly how most people define ‘exclusive’, but I'm glad, exclusives are rubbish for gamers.
Posted by LeetyMcLeet - Fri 24 Jul 2020 16:48

22 games being built to launch exclusively on Xbox consoles

And PC for several of them:p Not exactly how most people define ‘exclusive’, but I'm glad, exclusives are rubbish for gamers.

Agreed. Hence why I would never waste money on a console. Bad for gamers. Bad for the industry.
Posted by Gentle Viking - Fri 24 Jul 2020 20:09
Never liked consoles, feel like a prison to me.

PC to the bone ( thats NOT Political correct )
Posted by Darkedge - Mon 27 Jul 2020 12:28
Well MS's strategy is XBOX as a whole ecosystem and that ecosystem is console PC and soon cloud streaming. All looked quite impressive if not outstanding for next gen but it wasn't supposed to be next gen in graphics but more as how we consume games. I have Xbox game pass ultimate and actually I'v ended up playing more on PC. I did get it as part of the ridiculously cheap deal but I can see myself continuing it when that expires as the above videos show its loads of games on any device for a nice subscription. Bring on the next gen of gaming.