Over the weekend there have been a couple of interesting Xbox One developments. First of all, well known Windows leaker Walking Cat shared a graphic showing an initial salvo of original Xbox games that Microsoft will be adding to the Xbox One’s backward compatibility canon. Secondly, Microsoft started its 'Feel True Power' Xbox One X TV advertising campaign – the console hits retail on 7th November.

Microsoft announced that it would be adding support for original Xbox games on the Xbox One back at E3 this June. This ability was teased alongside the official unveiling of the Xbox One X. At E3 we learnt that the first vintage Xbox titles on the way to Microsoft’s newest consoles would include Crimson Skies: High Road to Revenge.

This weekend WalkingCat showed off a montage of original Xbox box-art. It looks like the Twitter-based cat has snagged a promo image. The pictured collection includes the aforementioned Crimson Skies game alongside many other well regarded titles such as: 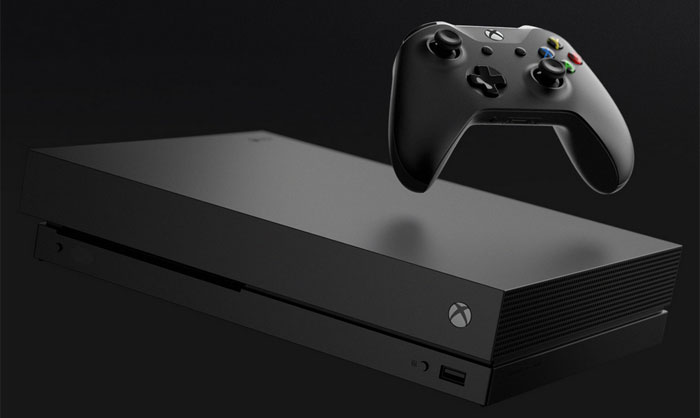 On Sunday Microsoft published the Xbox One X – Feel True Power – World Premiere TV Commercial. I’ve embedded the YouTube version below but it probably won’t be too long before you catch this commercial on live TV or embedded in a stream.

Alongside the above ad, Microsoft comments that the Xbox One X is available to pre-order now. “With 40% more power than any other console, experience immersive true 4K gaming. Blockbuster titles look great, run smoothly, and load quickly even on a 1080p screen. Xbox One X also works with all your Xbox One games and accessories as well as Xbox Live, the most advanced multiplayer network, giving you more ways to play,” boasts Microsoft. The Xbox One X will become available in stores from 7th November.

Posted by Ferral - Mon 23 Oct 2017 11:54
On the other side of things you have Sony refusing to do any backwards compatibility on the PS4 and making you pay for the streaming service for PS3 stuff or buy PS2 games yet again on PS4.

Due to Sony doing this I have my PS2 & 3 still setup so I can play older stuff
Posted by Boogie83e - Mon 23 Oct 2017 18:02
Need Rallisport Challenge 2 and Timesplitters 2 on that list! :-D
Posted by yeeeeman - Tue 24 Oct 2017 07:58
I don't know a whole lot about software porting, but since the original Xbox platform had an X86 platform just like the new Xbox One X, I suppose that they could bring all the games with relative ease to the newest platform.
Posted by mtyson - Wed 25 Oct 2017 02:09
Original Xbox backwards compatibility went live yesterday. Official news article from Microsoft is here: Play Three Generations of Games – Better – on Xbox One