Oculus started to make Air Link PC streaming available for Quest 2 VR headset owners at the weekend. The update enabling this wireless connectivity, Oculus v28 software, became available a little earlier than expected as the excitement could not be contained – or so says Facebook Reality Labs head Andrew Bosworth.

You need an Oculus Quest 2, a strong Wi-Fi connection, and Oculus v28 software to enable the Air Link PC wireless streaming feature. If you haven't got the new software update yet, be a little patient as it is rolling out, so shouldn't be long. 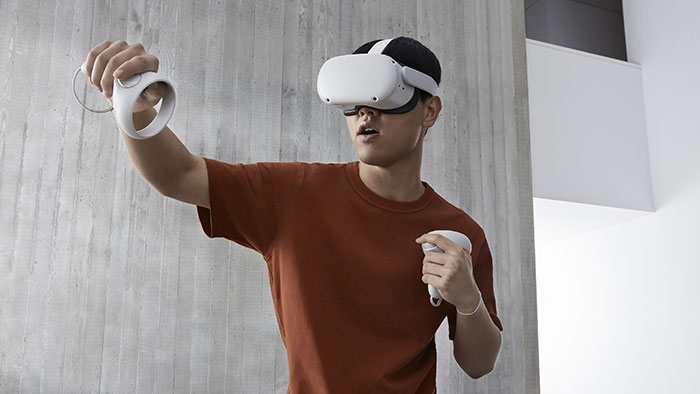 The Verge explains that Air Link is an evolution of Oculus Link, a wired USB-C PC connection method. Like this wired method, the big attraction is the ability to run PC VR software on the Quest, but wirelessly of course. Oculus reminds users that a wired connection will be superior with greater graphical fidelity and performance. Moreover, the cable keeps the headset charged, so you don't have to watch out for battery drain.

Previously, Quest users could grab a popular third party solution dubbed Virtual Desktop which facilitated wireless PC games streaming. Quest 2 users now have the new official Air Link app as an alternative. Which option is best seems to vary by user/setup, with some insight and debate about this available on the Oculus subreddit and in the linked Verge article comments.

I think i'll stick with my long USB-C cable for now :) Still nice to see them offer the option - for the less motion intensive titles I think it will work fine and nice to have an officially supported method!
Posted by cptwhite_uk - Mon 26 Apr 2021 19:25
Would be interesting to see how this compares to Virtual Desktop. I literally have a mesh wifi spot (primary one plugged into the router) 3 foot from my head, So I should expect excellent wifi strength. Virtual Desktop works great but is has a few hundles to go through, especially during first time set-up. So a simplier, integrated solution would be welcome if it can run just as well.
Posted by Rob_B - Mon 26 Apr 2021 20:20
Gutted it won't work on my Q1, never tried virtual desktop as only really wanted to play Alyx! I'm assuming a cable is still the way to go?
Posted by cptwhite_uk - Tue 27 Apr 2021 00:01
Rob_B to be honest Virtual Desktop is superb and very easy to use once you've done the initial set-up. Well worth the effort and small cost.
Posted by virtuo - Tue 27 Apr 2021 17:49
Anyone got any thoughts on the 120hz mode this update also unlocks? I haven't used mine in a few weeks but honestly that seems like a bigger deal than the wireless streaming, since VD already had that covered for me if I ever didn't want to use the cable.