At the Future Games Show this week a new trailer for Back 4 Blood has been released by the development team at Turtle Rock Studios. The game name, or even its form, might seem familiar – and this title is widely regarded to be Left 4 Dead 3 in all but name. Keep in mind that Turtle Rock Studios were the folks behind the first Left 4 Dead game. Instead of embedding the 'inappropriate for childen' video below, you can watch it at this YouTube link.

If you watch the new trailer via the YouTube link above you will get to see some alpha gameplay with voice-over commentary from the developers. 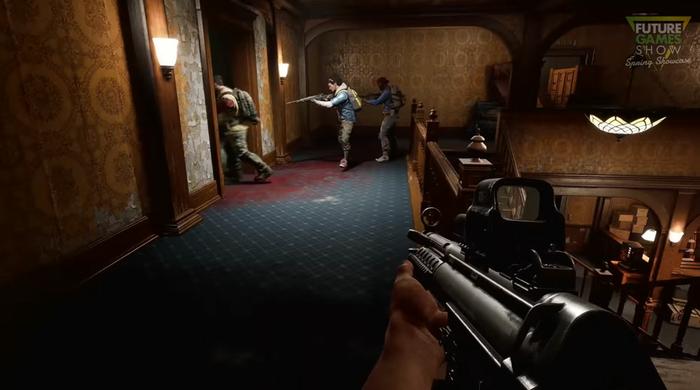 Back 4 Blood is a "thrilling cooperative first-person shooter," in which you will team up with up to three others to go through a co-op narrative campaign. Other game modes include a competitive multiplayer where you can set yourself up as a human or zombie (called a Ridden in this game).

Unfortunately Turtle Rock have got a little behind with the game's development and have decided to shift the release of Back for Blood from 22nd June to 12th October. That is about four months extra time for finessing and bug fixing. The official word is that the devs need the extra time "to make Back 4 Blood the best game it can possibly be at launch". 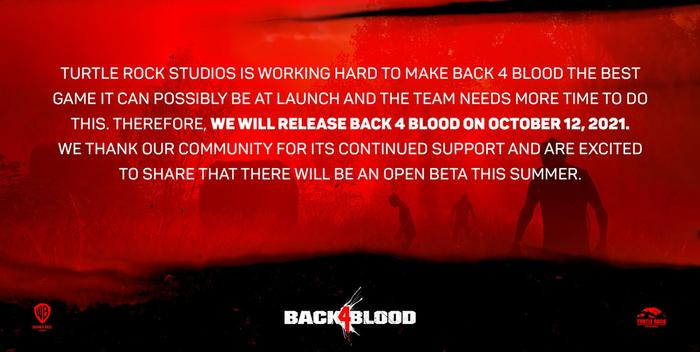 It isn't only PC users who have to be patient, the game is delayed for all formats it is being released for; PC, Xbox One, Xbox Series X/S, PlayStation 4, and PlayStation 5.

This summer an open beta is planned for Back 4 Blood, which will be a good way to test and see if the game lives up to its nostalgic pedigree. We don't have a particular date for the summer open beta but at least it will give you some chance to play well ahead of the newly scheduled October release.