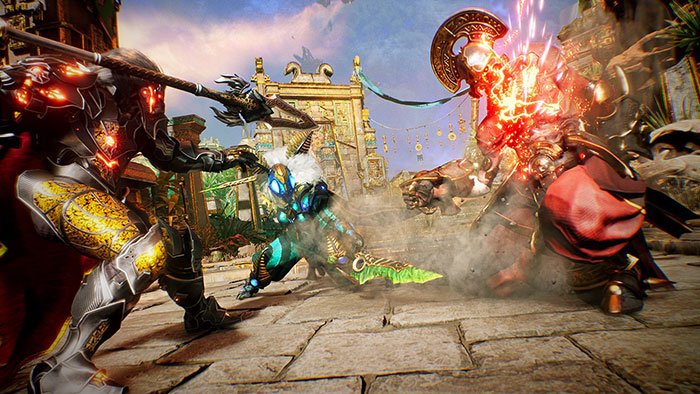 Later in our article we noted that among the first games to support raytracing on AMD RDNA 2 GPUs would be Godfall, developed by Counterplay Games for Gearbox. Now the official AMD YouTube channel has provided a showcase video which provides a look at the splendid gameplay visuals, and some further details about the game.

Godfall is based upon the latest Unreal Engine 4 release running on Microsoft's DirectX 12 Ultimate API. Collaboration between Counterplay and AMD means that Godfall supports lots of the new RDNA 2 compatible technologies such as; FidelityFX, DXR 1.1 raytracing, and Variable Rate Shading (VRS).

To run smoothly at 4K with Ultra HD textures we hear that Godfall requires "tremendous memory bandwidth". In particular the 4K x 4K texture sizes at this max quality setting eat up 12GB of VRAM. The developers says that the upcoming Radeon RX 6000 series graphics cards with 16GB of VRAM and supporting AMD tech, the game can run at high frame rates with these maximum settings enabled. Further into the video you will see Godfall running with raytraced shadows.

If you want to A/B raytracing on and off in Godfall (and Dirt 5) you can head on over to the official AMD and Microsoft DirectX 12 page and scroll about half way down the page for some interactive sliders. 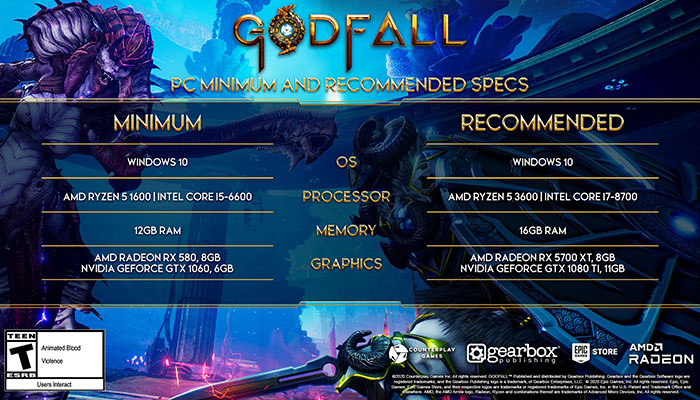 Godfall launches for PC on the Epic Games Store on 12th November.

Posted by KultiVator - Wed 04 Nov 2020 10:26
It does look pretty nice… one thing that made me chuckle - when the subject turns to advanced shadows, he's explaining how complex the maths are and how amazing the shadows look at about the time a character appears to run sideways across the scene with a very rectangular/unrealistic looking shadow visible underneath him!
Posted by DanceswithUnix - Wed 04 Nov 2020 10:33
I guess that will be the cancelled 16GB 3070 now getting uncancelled.
Posted by Tunnah - Wed 04 Nov 2020 10:36
This and COD whatever taking up 250gb for an FPS are what people need to start getting used to if they want 4K worlds. I was talking to someone on reddit about it and they mocked COD because CP2077 is such a massive world and will use 1/3rd the size, and it made me think of how big an open world game will be if they did 4K textures and assets. I guessed about 600-800gb, but could be a lot bigger.
Posted by iworrall - Wed 04 Nov 2020 10:58

DanceswithUnix
I guess that will be the cancelled 16GB 3070 now getting uncancelled.