On Wednesday Activision released the first teaser for Call of Duty: Black Ops: Cold War. The unlisted video teaser on the Activision YouTube channel is embedded below, thanks to CharlieIntel on Twitter for surfacing it.

Watching through the video you see a lot of cold war footage talking about the USSR/Russia's long-term (decades) plans to subvert the USA and knock it out of the arms race, ultimately neutering it as a world power. It starts with a long period of focus on the demoralisation of the foe nation, followed by destabilisation in a way that affects the general public, a prolonged crisis period is followed by normalisation of the crisis, as the country becomes introverted. This idea in the game is said to be based upon testimony of a KGB defector during the cold war period.

From the above I find it hard to know in what era during/after the cold war that the CoD action will be set, it could even be present day, as the seeds of the KGB's long term plans prosper and bear fruit, or involve time travel… 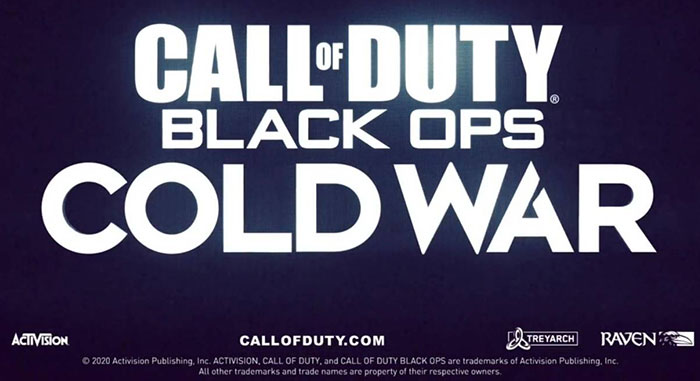 If you are interested enough to want to find out more Activision is going to share more information about Call of Duty: Black Ops: Cold War on 26th August - including gameplay footage.

A Latin American retailer posted listings for a Prince of Persia Remake for PS4 and Switch earlier this week. Twitter gaming fan Ken Xyro captured screenshots for posterity before the listings were taken down.

This latest Prince of Persia has lead to speculation on the form of the remake. VG247 notes that the logo is much like the 2008 cel-shaded remake. However, it reckons that we might be looking at listings for a remake of the classic 1989 platformer game.

Ubisoft has a Forward Event planned for September so hopefully we will find out more about this 'surprise' remake at that time. These premature listings indicate that the Prince of Persia Remake will become available to purchase in November this year.

Posted by chj - Thu 20 Aug 2020 12:44
A prince of Persia on switch would be nice. Could the cell shaded style work in favour of the switch's relatively low power?
Posted by Spud1 - Thu 20 Aug 2020 12:54
Just a correction…this isn't the first teaser - far from it really - they have been running an AR teaser game within Warzone for the past few weeks, which has been revealing more info week on week.

Misread that for a moment as it needing more Subbuteo.

Now THAT would be a strange combination.