Microsoft Flight Simulator (2020) appears to be pretty popular among HEXUS readers, and peripherals maker Thrustmaster has even designed some new flight sim controls with a beady eye on the game. Visiting Steam, this game was at the top of the front page in prime promotional position (not logged in) today, so it must be doing well overall. However, there is a bit of controversy about Microsoft Flight Simulator (MFS) on Steam with regard to Valve's refund policy. 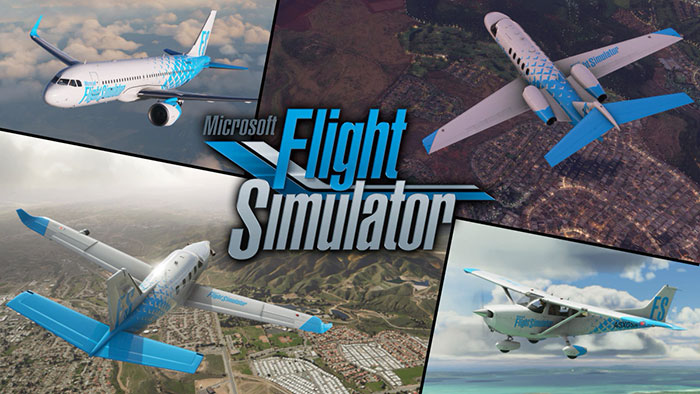 The issue many are having is not that they want refunds because they have played Microsoft Flight Simulator and they don't like it, but that Steam's refund system doesn't take into account the game's install mechanism.

In brief, Steam gives customers a two hour play window to evaluate a game during which time they can request a refund. However, on first run, Microsoft Flight Simulator wants to download 150GB of files before you play. Steam starts counting away the 2 hours of play time from when the game launcher runs for the first time and for most people 150GB is a hefty and time consuming download that can easily consumer the majority of the 2 hour play test period, if not several more hours. 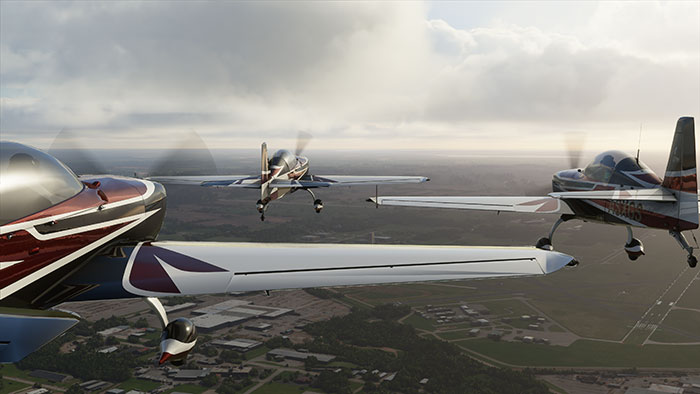 Eurogamer reports that a reader with uncapped 500MB connection has been in touch to complain that the 150GB payload took three hours to completely download. These three hours were logged as play time.

Microsoft Flight Simulator became available yesterday. It costs £60 for the base game, with prices of £80 and £110 for the deluxe and premium deluxe versions, respectively. As an alternative method to try/buy the game, some suggest using the £1 Xbox Game Pass trial for PC and saving the files to transfer to your Steam directories if Steam is your preferred launcher / way to play.

Posted by Guppy - Wed 19 Aug 2020 13:27
I've not even been able to play this game, every time I open it up to download the initial content it crashes part way through. When I reopen to try again it starts downloading from 0% losing all progress it previously made. Luckily I've got it through GamePass so I'm not too bothered about waiting for a fix but its a very poor experience nonetheless.

I definitely agree that some changes need to made to Steam policy. I'm not sure why Microsoft couldn't have had the whole payload download during the initial install, why does it have to be a seperate in-game download,? It's just not a good user experience.
Posted by EvilCycle - Wed 19 Aug 2020 14:03
After my initial install decided to go wonky i spent probably more like 4 hours getting this ready to play. That being said, it is an absolutely gorgeous simulator and I am loving every moment of it.

Searching for flight sim in the start menu and running it as admin rather than using the xbox app can help many issues apparently.
Posted by Primey0 - Wed 19 Aug 2020 15:46
This is not an issue. If you explain to Valve then they'll still refund the game. Going over 2 hours is not a guarantee that you won't be refunded.
Posted by QuorTek - Wed 19 Aug 2020 16:35
looking forward to the game though
Posted by Spud1 - Wed 19 Aug 2020 16:40
Indeed as Primey0 says, Valve are being sensible here from what i read on reddit.Its also not 150gb, its about 100 for most people (but does expand to 150 once downloaded)

The launch wasn't clean - lots of us have to run it as administrator to get it to work at all, the download process was slower than it needed to be as its done in chunks and unzipped along the way, the pre load only pre-loaded 1gb (what was the point!) and if you have a slow internet connection - categoriesed as under 40mb(!!) then you will likely experience stutters etc around big cities.

Personally, I only hit problem 1 (needing to run as admin) and then had to spend an hour mapping my X55 rhino HOTAS as it isn't directly supported (despite the older X52 being an option..go figure)…but once in, it's gorgeous and runs flawlessly for me. No stutters, 60FPS running at 1440p ultrawide….and the controls work brilliantly.

Had great fun doing a solo flight in a little cessna last night to fly from manchester airport to my office….and promprly crashed into it trying to get a good photo ;D