If you have taken an interest in the release of Red Dead Redemption 2 on PC, and perhaps checked some reviews and discussion before jumping in, you will have noticed that the release is a little troubled, technically. As PCGamer reports, it has been a "rough ride so far… with freezing, crashes, and generally poor overall performance". Thankfully today, while player have had to struggle with workarounds and kludge fixes, an update has started to roll out with a long list of fixes for PC gamers - including a change to address issues "related to specific combinations of Nvidia graphics drivers, Nvidia GPU cards and certain CPUs". 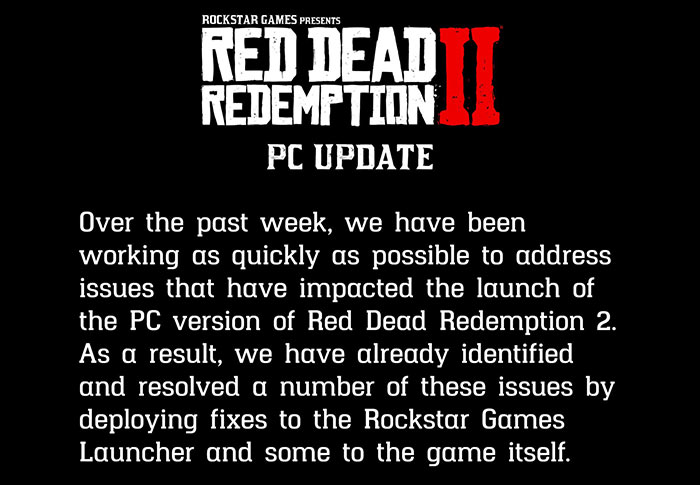 RDR2 Title Update 1.14 has been released for all systems that can play RDR2 - PS4, Xbox One and PC. Official release notes include a very long list of about 70 issues fixed and 28 of these are PC specific.

Pondering over the lengthy list I see that one of the main fixes is indeed for Nvidia GPU users, and it remedies "significant stalls" on such machines which are powered by on 4-core and 6-core CPUs. There is a dedicated support page about this issue here. Other than that Rockstar has improved performance on graphics cards with <4GB of VRAM, fixed some audio stuttering issues in Vulkan, fixed a full-screen graphics glitch on multi-monitor systems, and many more.

Outside of PC specific issues there are stability fixes across all platforms, so you should see a lot fewer crashing incidents. Rockstar has taken this opportunity to address a lot of control and UI wrinkles too. 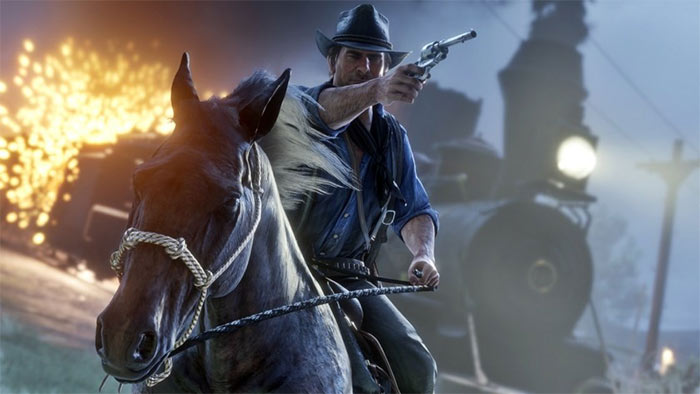 This update isn't just about fixes, welcome as they are. Rockstar has added a new legendary bounty to Red Dead Online, added three items to the weekly collectible list, and added lots of permanent clothing items to the Wheeler, Rawson & Co. Catalogue.

Last but not least, to apologise for PC gaming hassles anyone who plays the game this week and over the holiday season will receive a Red Dead Online bonus bundle that will include the Prieto Poncho, provisions, and ammo - more details on this will be forthcoming in the next few days.

GamersNexus looked at RDR2 stuttering in a lengthy video just a couple of days ago, if you want to see the "game ruining" issues in action. This is before Update v1.14 arrived, of course.