Ubisoft has shared some important information for those aiming to play The Division 2 on their PCs. The gaming publisher has written a blog post about PC exclusive features in this title and we also learn the recommended PC specs for various levels of performance at varying screen resolutions. The Division 2 launches on 15th March on PC, PS4, and Xbox One. 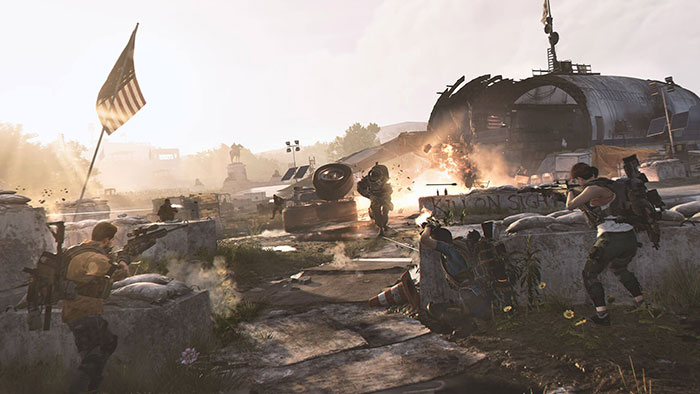 The PC version of The Division 2 is not a port because Ubisoft recognises the exacting standards of the hardcore PC gamer - that is the official line. In particular on PC, players of The Division 2 will enjoy an optimised game with uncapped frame rate, uncapped display resolution (including Eyefinity), full UI and HUD customization, multi-screen and widescreen support, variable refresh rate support, and HDR support.

If you watched the AMD keynote at CES a couple of days back you will have seen David Polfeldt, Managing Director at @Ubisoft's Massive Entertainment on stage alongside Dr Lisa Su (as seen below) talking about the strong partnership between these companies. In the PC features video above, you will see a Ubisoft tech exec explain that the new game makes use of AMD tech such as Asynchronous Compute, Multithreading of Command Buffers and more for CPU and GPU optimisation. 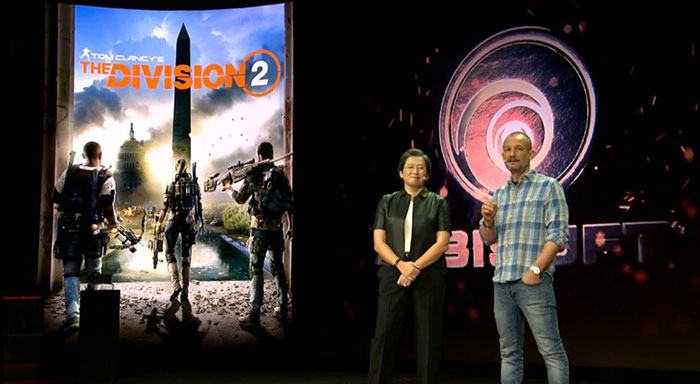 Rather than me type out my own HTML table, Ubisoft has made a nice clear graphical one, as embedded below. It is the first game we've seen with an AMD Radeon VII in the recommended specs matrix. For Ubisoft, this brand new upcoming graphics card from AMD goes shoulder to shoulder against the Nvidia GeForce RTX 2080 Ti for Elite 4K gaming at 60fps. The RTX 2080 seems to have missed the grade as 11GB of VRAM is recommended. Other recommendations for this highly detailed level of gameplay are for an AMD Ryzen 7 2700X or Intel Core I9-7900X CPU, and at least 16GB of system RAM. 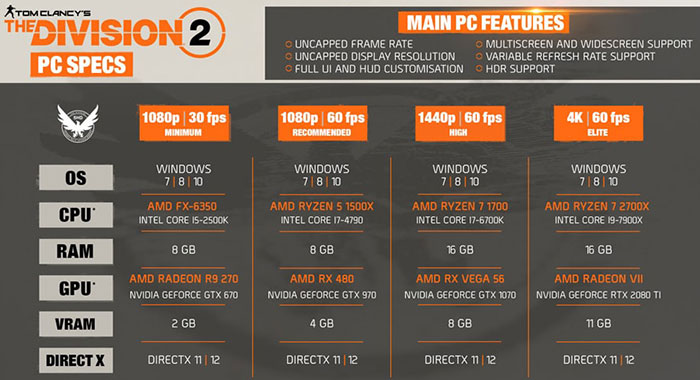 On PC the Division 2 will be purchasable via Uplay or the Epic Games Store, not Steam. Pre-order customers will get access to the Private Beta. You can alternatively register for the chance of beta participation.

Posted by Spud1 - Fri 11 Jan 2019 11:04
I might have been interested in this as the first one was fun enough with friends…but they have decided to not launch this on steam, instead pushing it out via Epic's launcher (and of course, uplay).

Poor decision and I won't be purchasing as a result. No desire to install yet another junk launcher.
Posted by Hyperion - Fri 11 Jan 2019 11:22
So you would deprive yourself of what could be a great game just because you would have to install UPlay, a launcher that will sit idle unless you run it.
You had better get used to game launchers outside of the steam platform as these will only grow in number.
So far I have Bethesda, Steam and UPlay.
Posted by philehidiot - Fri 11 Jan 2019 11:23

Spud1
I might have been interested in this as the first one was fun enough with friends…but they have decided to not launch this on steam, instead pushing it out via Epic's launcher (and of course, uplay).

Poor decision and I won't be purchasing as a result. No desire to install yet another junk launcher.

This winds me up no end. I hate having to mess around with these launcher programs with their adverts, points, passwords, updates, etc. Frankly, these things are just another reason to pirate as it's easier to play a version that has been cracked.
Posted by frozen-monkey - Fri 11 Jan 2019 11:34

I'll deprive myself of this game because of the obnoxious micro-transactions that Ubisoft like to push in their games now
Posted by Spud1 - Fri 11 Jan 2019 11:39

Hyperion
So you would deprive yourself of what could be a great game just because you would have to install UPlay, a launcher that will sit idle unless you run it.

Yes. I don't want to support this particular anti competitive practice….which is what it is. If they launched on all the popular launchers then fine, thats good for consumers and for publshers, and encourages competition. Launching only on a specifc set of the least popular launchers? No thank you. A game has to be *really* special for that and whilst the division 2 may be a good game…its not quite special enough.

I can always just buy it on my xbox a few months after launch and skip the whole issue :)