After a shaky debut, many gamers now agree that No Man's Sky has gone from strength to strength, especially with the latest free updates like No Man's Sky NEXT, announced back in July. A few hours ago, we saw sign of even greater promise - as a big new update for No Man's Sky has been unearthed via an unlisted YouTube video 'leak'. The update is described as No Man's Sky Visions. A further sign of the leaked nature of this video is that a link back to the dedicated NMS website results in a 'page not found' error. (Update: it is now live)

As EuroGamer notes, 'Visions' has been spotted just a few weeks after the arrival of Hello Games' surprise 'The Abyss' update. The Abyss offered significant change in the underwater elements of the game. Despite the proximity it seems like Hello Games is on a roll as Visions seems to be an equally large update - this time with the focus on variety. 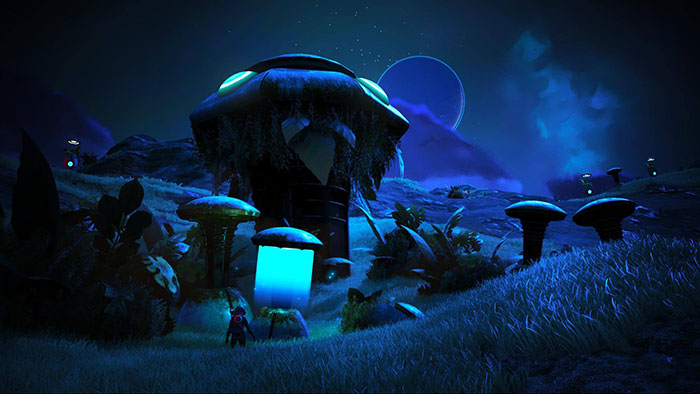 In the YouTube description text, Hello Games sums up that players will "discover a more varied, more diverse universe" in the Visions update. It adds that the developers have worked to introduce "new environmental biomes, new planet types, more colourful worlds, new fauna and flora, archaeology, salvaging, and much more…" 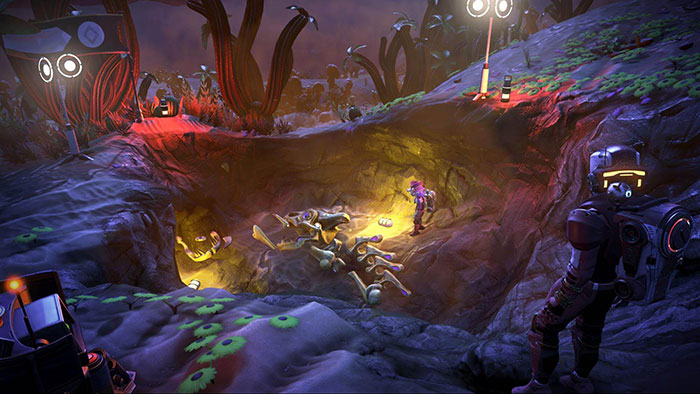 Watching through the trailer reveals more and highlights that gamers will enjoy: 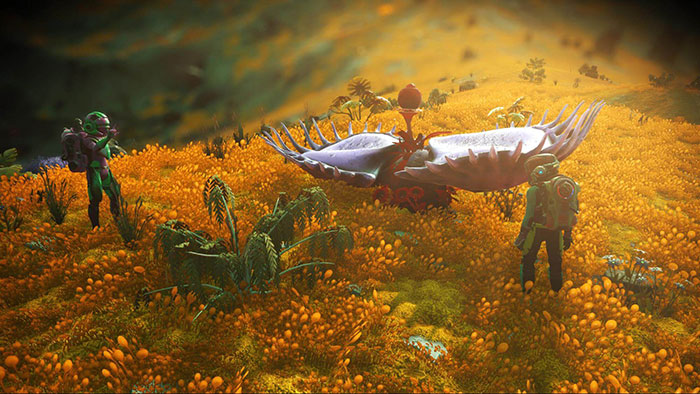 Perhaps this plant is dangerous

As I write, the official No Man's Sky Visions web page has come online (just after 2pm UK time), with lots of info and imagery. I have also just received an email from Hello Games stating that 'Visions' will be a free update. There isn't going to be long to wait for the update, Visions will become available on Steam for PC, PlayStation 4 and Xbox One from Thursday, 22nd November (tomorrow).

Posted by Bagpuss - Wed 21 Nov 2018 15:06
Each time I install this game, I just give up on it after a few hours, as I'm no clearer today than when it first launched as to what exactly you're supposed to do in it.

Just seems like aimless wandering. Life's too short.
Posted by The Hand - Wed 21 Nov 2018 16:15
I was playing a bit and it's certainly not a pick up and drop game, maybe needs an afternoon to get into it and in a relaxed state of mind. It is still work progress and it has certainly made major progress from launch, it is close to what I expected it would be at launch.

Maybe after another update or two it's worth a recommendation, it still has that beta feel so to speak at the moment.
Posted by SciFi - Wed 21 Nov 2018 16:25
It's become a point of evidence that a game is ‘done when it’s done' and that publishers are more than likely responsible for many of the rubbish games we have had over the decades.
Posted by Glyce - Wed 21 Nov 2018 18:32
I wonder if the launch on the 22nd is in any way related to Star Citizen's free fly week that starts on the 23rd…
Posted by Rubarb - Thu 22 Nov 2018 00:37
I was actually pretty hyped for this at it's initial launch but after a months worth of playing it to be honest i don't care if the next patch has real money to be found in game….. it's the dullest game I've ever played for about 15 years.